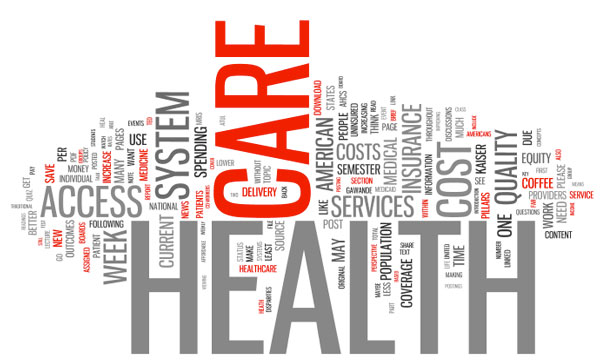 How the US delivers healthcare compared to the rest. You are the CEO of a health care facility and you are presenting a PowerPoint presentation in a speech to your employees explaining how healthcare is delivered in the U.S. compared to other countries. You will need to:

How the US delivers healthcare compared to the rest

Create a PowerPoint presentation that you will be presenting in a speech to your employees. Must include 10–15 slides and at least three references
Compare the United States health care delivery system to one other country in regards to health care access, wellness and prevention programs.
Provide a recommendation for how healthcare policy-making can be improved to have the best approach possible to help patients.

Choose a theme that does not distract from your slides.
The slides should be visually appealing. Use pictures, graphics, charts, or other visuals.
Put very few words on the slides. The wording (your narration) should go in the Speaker’s Notes. Do not write a paper on the slides!
Be sure to have citations where needed.
Include a title page and a reference page (in APA format).

The U.S. health care system is unique among advanced industrialized countries. The U.S. does not have a uniform health system, has no universal health care coverage, and only recently enacted legislation mandating healthcare coverage for almost everyone. Rather than operating a national health service, a single-payer national health insurance system, or a multi-payer universal health insurance fund, the U.S. health care system can best be described as a hybrid system.

Drivers of Health Care Spending in the U.S.

Prohibitively high cost is the primary reason Americans give for problems accessing health care. Americans with below-average incomes are much more likely than their counterparts in other countries to report not: visiting a physician when sick; getting a recommended test, treatment, or follow-up care; filling a prescription; and seeing a dentist. Fifty-nine percent of physicians in the U.S. acknowledge their patients have difficulty paying for care In 2013, 31 percent of uninsured adults reported not getting or delaying medical care because of cost, compared to five percent of privately insured adults and 27 percent of those on public insurance, including Medicaid/CHIP and Medicare.

While there is no agreement as to the single cause of rising U.S. health care costs, experts have identified three contributing factors. The first is the cost of new technologies and prescription drugs. Some analysts have argued “that the availability of more expensive, state-of-the-art medical technologies and drugs fuels health care spending for development costs and because they generate demand for more intense, costly services even if they are not necessarily cost-effective.”]In 2013, the U.S. spent $1,026 per capita on pharmaceuticals and other non-durable medical care, more than double the OECD average of $515.[13]

Another explanation for increased costs is the rise of chronic diseases, including obesity.  Nationally, health care costs for chronic diseases contribute huge proportions to health care costs, particularly during end of life care. “Patients with chronic illness in their last two years of life account for about 32% of total Medicare spending, much of it going toward physician and hospital fees associated with repeated hospitalizations.”[14]

The National Academy of Sciences found that among other high-income nations the U.S. has a higher rate of chronic illness and a lower overall life expectancy. Their findings suggest that this holds true even when controlling for socio-economic disparity.[15] Experts are focusing more on preventative care in an effort to improve health and reduce the financial burdens associated with chronic disease.[16] One provision of the Patient Protection and Affordable Care Act, commonly referred to as simply the Affordable Care Act (ACA), implemented in 2013, provides additional Medicaid funding for states providing low cost access to preventative care.[17]

Further, the government outsources some of its administrative needs to private firms.[18] What is clear is that larger firms spend a smaller percentage of their total expenditures on administration, and nationwide estimates suggest that as much as half of the $361 billion spent annually on administrative costs is wasteful.[19] In January 2013, a national pilot program implemented under the ACA began. The aim is to improve administrative efficiency by allowing doctors and hospitals to bundle billing for an episode of care rather than the current ad hoc method.[20]

While the majority of U.S. citizens have health insurance, premiums are rising and the quality of the insurance policies is falling. Average annual premiums for family coverage increased 11 percent between 1999 and 2005, but have since leveled off to increase five percent per year between 2005 and 2015.[21] Deductibles are rising even faster. Between 2010 and 2015, single coverage deductibles have risen 67 percent.[22] These figures outpace both inflation and workers’ earnings.

The lack of health insurance coverage has a profound impact on the U.S. economy. The Center for American Progress estimated in 2009 that the lack of health insurance in the U.S. cost society between $124 billion and $248 billion per year. While the low end of the estimate represents just the cost of the shorter lifespans of those without insurance, the high end represents both the cost of shortened lifespans and the loss of productivity due to the reduced health of the uninsured.[23]

Health insurance coverage is uneven and often minorities and the poor are underserved. Forty million workers, nearly two out of every five, do not have access to paid sick leave. Experts suggest that the economic pressure to go to work even when sick can prolong pandemics, reduce productivity, and drive up health care costs.[24]