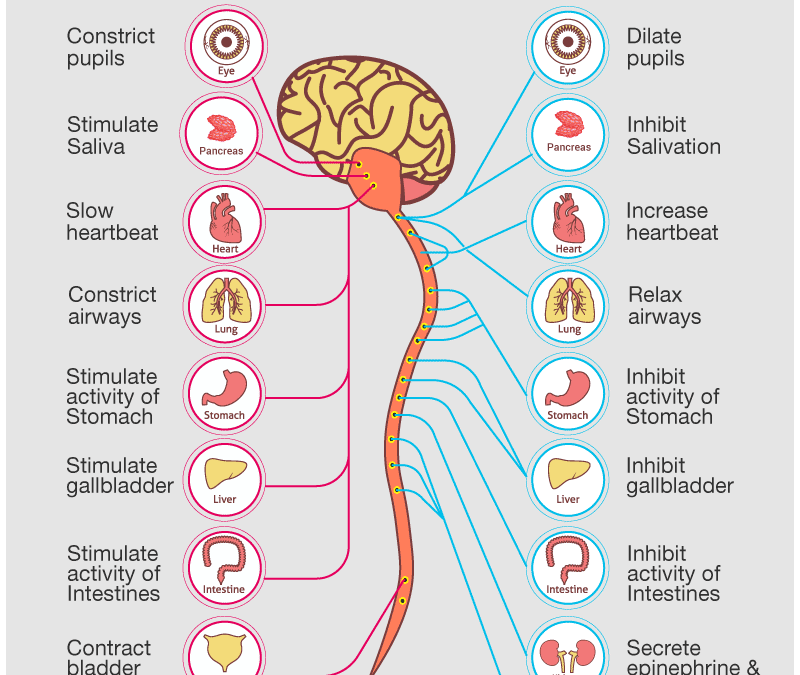 How the sympathetic and parasympathetic nervous system affects organs. The organs to discuss are the heart, eyes, gastrointestinal system.

How the sympathetic and parasympathetic nervous system affects organs 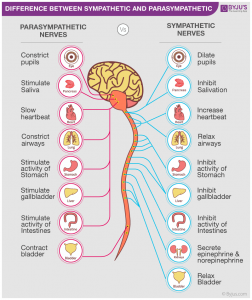 The fight or flight response involves the SNS changing activity in the body to help prepare for a perceived threat, and includes: inhibition of the digestive and immune systems, increases in pupil size and heart rate, expansion of the lungs, and the release of epinephrine/norepinephrine. These processes are meant to optimize functions in the body when it’s under attack – you won’t benefit from digesting food, but you’ll likely need more oxygen from the lungs.

To facilitate the rest and digest response, the PNS alters a number of functions in the body to help it recover. These functions are largely mirror opposites of SNS activation, and include: stimulation of the digestive and immune systems, decreases in pupil size and heart rate, and contraction of the lungs. These processes optimize functions in the body at rest, and allow it to focus on maintenance.