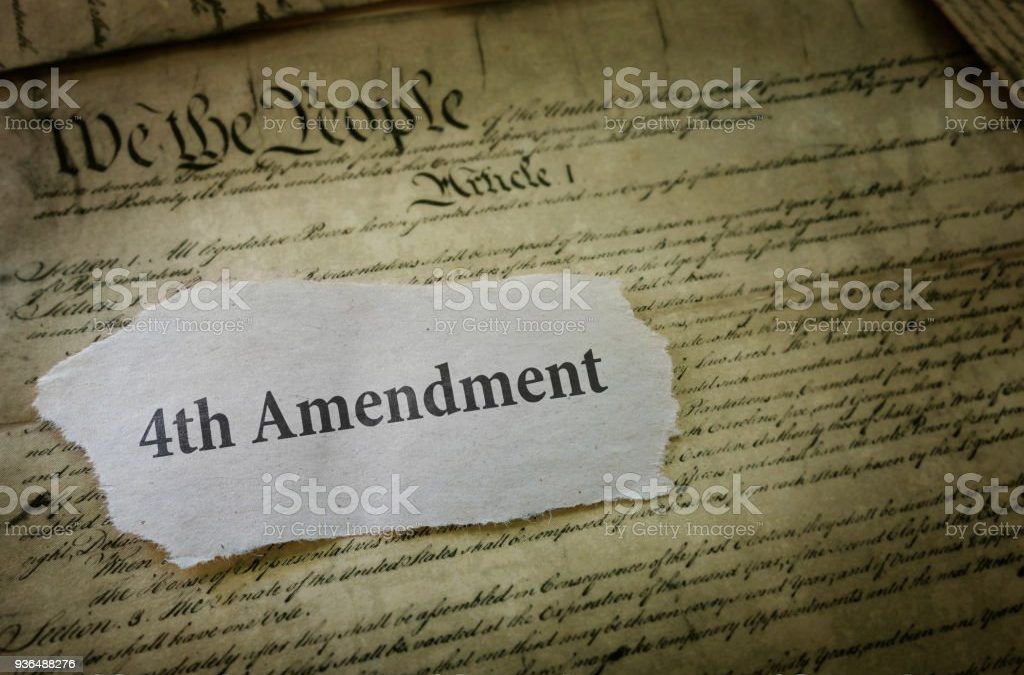 4th Amendment newspaper headline on a copy of the US Constitution

How the 4th Amendment applies to police entry into a persons home. The Fourth Amendment to The Constitution of the United States reads:

How the 4th Amendment applies to police entry into a persons home?

The 4th Amendment
The Fourth Amendment to The Constitution of the United States reads:
“The right of the people to be secure in their persons, houses, papers, and effects, against unreasonable searches and seizures, shall not be violated, and no Warrant shall issue, but upon probable cause, supported by Oath or affirmation, and particularly describing the place to be searched, and the person or things to be seized.”

Fruit of the Poisonous Tree
The exclusionary rule is a mechanism for protecting 4th Amendment rights by, in some circumstances, disallowing illegally gathered evidence from being used against a defendant at trial.

Consider the following scenario: A Case of ‘Who did it?’
Mary Ellis, a widow, lives in a townhouse that she shares with her adult son, William, who does not pay rent. Mrs. Ellis awakens on a Saturday morning and goes to her walk-in closet, where she finds a man whom she recognizes as a neighbor, Clyde Stevens, lying on the floor unresponsive. Mrs. Ellis calls 911. Minutes later, police and EMS personnel arrive. Mr. Stevens is pronounced dead from an apparent stabbing, as he has a large butcher knife protruding from his back.

Mrs. Ellis, a senior citizen, is transported to the hospital for observation, quite distraught.
Police establish a crime scene and call for detectives and crime scene specialists, who arrive and begin to investigate. Detectives begin a canvass and interview Clyde Stevens’s wife, Sheila. Mrs. Stevens tells police that William Ellis has entered her townhouse several times unannounced and on one occasion appeared to be trying to get into her bed. Mrs. Stevens gives the police consent to search the house for any potential evidence that might identify her husband’s killer.

Crime scene investigators actively process the scene. In William’s bedroom, technicians develop a blood fingerprint adjacent to a light switch, using an amino acid stain, after locating the print using the absorptive properties of blood and a portable argon laser. The crime scene investigator photographs the print and recovers a sample of the blood for DNA analysis. The print is from the right index finger of William Ellis, and DNA analysis matches the blood to Clyde Stevens. On the basis of this and associated evidence from the Stevens and Ellis residences, an arrest warrant is issued for William Ellis.

William is arrested in Utah and extradited to Illinois to stand trial. His lawyer files a motion to exclude evidence.

Complete a 1500-1750-word essay that addresses the following:

How does the 4th Amendment apply to police entry into a person’s home?
What is needed for police to obtain a warrant to search a home?
Under what circumstances can police enter a private residence without one?
Could police have entered Mary Ellis’s home legally without a warrant?
To what extent, if any, could police legally gather evidence from the Ellis home without a warrant?
If police conduct an illegal search, are they civilly liable for their actions?

A review of the Mincey v Arizona case will assist in the completion of this assignment.
Format your work consistent with APA guidelines and include a title and reference page. Cite a minimum of three reliable sources within the body of your paper using in-text citations where appropriate.