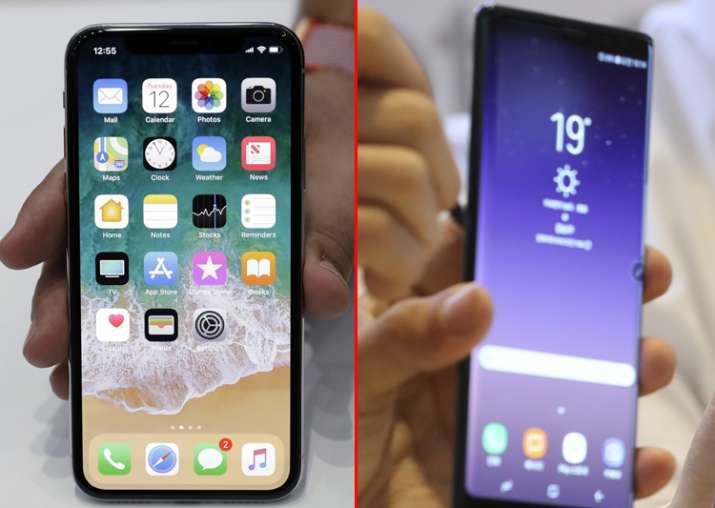 How Samsung defeated Apple in the global smartphone market.

How Samsung defeated Apple in the global smartphone market

1. How did Samsung defeat Apple in the global smartphone market? Did Apple ever stand a chance?

2. How did Samsung defeat Apple in the litigation of patent infringement?

4. Predict the future of the smartphone market and the long-term status of Apple and Samsung in this market.

Korean smartphone maker Samsung is beating Apple in global smartphone sales, as Chinese makers like Xiaomi, Oppo and Huawei are closing in.

That’s according to a recent report published by Newzoo.

“Globally, there were 3.6 billion active smartphones in use in June 2018,” says the report. “The world’s most popular smartphone brand was Samsung, boasting 893 million active devices and a market share of 27%. Apple was a close second, with a market share of 24%. Samsung’s lead is mostly due to the company’s selection of budget devices, which fare well in developing markets such as India. Globally, Chinese manufacturers Oppo, Xiaomi, Huawei, and Vivo came in at #3, #4, #5, and #6, respectively. Together, the four Chinese companies make up a third of the world’s active smartphones.”

There’s a good explanation: Apple has been focusing on the high profitable upper end of the smartphone market, introducing ever more sophisticated and more expensive smartphones. This week, for instance, the company introduced The iPhone XR starts at $749 and will be available to order on Oct. 19. The iPhone XS and iPhone XS Max start at $999 and $1,099.

That’s how Apple has managed to stay highly profitable.

Meanwhile, Samsung and Chinese smartphone makers have been focusing on the low-end of the smartphone market, trying to mine the “fortune at the bottom of the pyramid,” as C.K. Prahalad described the strategy more than a decade ago.

There’s trillions in disposable income in the hands of the masses at the bottom of the world income pyramid. That spells potential, which many managers and marketers routinely overlook or write off altogether, as these markets are either too small in terms of revenue potential or too costly in terms of the operating expenses required to tap into them.

The trouble is that, unlike the high-end market, the low-end market is price sensitive. And that leads to price erosion that hurts profit. This means that Korean and Chinese smartphone makers may win the sales race in the global smartphone market, but lose the profit race.

Other related posts: Positives and negatives of type of business organization | 2022 – Best Answer