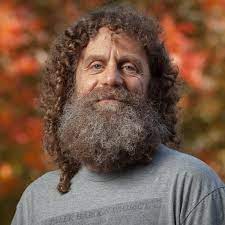 How Robert Sapolsky views on epigenetics and stress. Complete and submit a 1,000-word paper on the topic of Epigenetics and Stress with a plagiarism score of no more than 10% (90% original work).

How Robert Sapolsky views on epigenetics and stress

Complete and submit a 1,000-word paper on the topic of Epigenetics and Stress with a plagiarism score of no more than 10% (90% original work).

Links to the video, survey, and questionnaire, as well as APA resources and writing guidelines, are available in the Guidelines/Instructions section below:

Interview your family members about the stress-related disease you are at risk for.

Research an article on stress and that disease using the College Library.

Complete the Living to 101 Questionnaire.

Write a 1,000-word Reaction Paper following the instructions below.

Submit your Paper to the Turnitin Dropbox.

Part of your grade in this class requires you to complete the Mind Tap lab course. If you don’t have Mind Tap access, you will need to write a 1,000-word Paper using the instructions and links found below.

Watch the video below on the work of Robert Sapolsky who studies stress (this is a short version; if you want to see the entire video, you can find it here:

Begin your paper by defining stress in your own words and discussing your reaction to the video.

Robert Sapolsky view on the topic of epigenetics and stress

Stress can be defined as a reaction to a situation under pressure or threatening situation Gaillard, (2018).  According to Stankiewicz (2013), Epigenetics is the study of how someone’s behavior and environment can cause changes that are reversible and don’t change the DNA sequence but they can change the way the body reads the DNA sequence.

There are Epigenetic changes such as DNA methylation and histone modification that can help a cell control gene expression by turning the genes off or on. They can even occur naturally and regularly. In a recent study published by Nature communications, researchers found that DNA modification, N6-methyladenine (6mA) isn’t present in the brain of a mammalian, but its level increases as the stress increases.

They were flabbergasted by the fact that if 6mA was present in the brain of mammals, what function would it play.

Bing Yao, from the University of Emory, school of medicine, said that the Adenine methylation in the DNA has started to be appreciated in higher eukaryotes genomes. His study was to detect the 6mA in the brain of a mouse and to determine what happens during or after stress and depression.

Yao in group members exposed the lab mice to a normal environment and measured the 6mA levels. Various parts of the brain were measured. The major parts that were measured are the parts that play critical roles in stress response. To quantify 6mA levels, a highly sensitive ultra- performance liquid chemotherapy tandem mass spectrometer (UHPLC- MS/MS) was used.

The results were that all regions tested positivity. Thus, early life stress changed adult behavior of male mice, who passed it on to their offspring via epigenetic changes in their sperm. However, the levels were significantly higher in the prefrontal cortex (PFC) in stressed mice.

Additionally, the researchers validated their findings by immunoblotting to detect 6mA levels on DNA isolated from PFC from the mice.

Yao’s team performed another transcriptome profiling using RNA sequencing. The results were that a loss of 6mA correlated with genes that play a role in responding to stress.

To dig deep in the correlation between loss and gain of 6mA during the response to stress and neurological diseases, the team further compared the 17 loci relating to depression to genes that gained or lost 6mA in the stress period.

They found out that 14 out of 17 depression – associated genes surpassed 6mA dynamic genes.

Anxious about the relationship between 6mA and other neuropsychiatric disorders, the author’s extended their experiment including genes showing autism spectrum disorder (ASD) and concluded that 6mA dynamics overlapped with ASD and SCZ genes.

However, no correlation was seen with genes associated with aortic lesions or obesity. These experiments suggested a potential link between 6mA and mental illness – stress.

What was Robert Sapolsky view on human behavior?

In today’s article, we will discuss Robert Sapolsky. Robert Sapolsky is an American neuroendocrinologist and author. He is a professor of neurology and neurological sciences at Stanford University. He discusses the widespread effects of stress on our health which in turn precipitates chronic illness, dementia and depression.

He also insights to the factors that contribute to stress response and our ability to fight it. Such factors include: social rank, personality, environment, and genetics. Finally, we shall discuss how the behavior is altered in the face of stress on personal level and also at the societal level.

Robert Sapolsky(2004), suggests that humans, apes and monkeys are more prone to get stress than any other member of the animal kingdom. He further explains this is due to that these animals are highly intelligent, social creatures with much time to spare on their hands. So basically, he suggests that we have evolved to be smart enough to make ourselves sick.

This professor of Stanford University has spent more than 30 years studying the physiological effects of stress in health. He still has an ongoing study of laboratories involving rats and wild baboons in the African wilderness.

Robert Sapolsky held a lecture on the biological and socialogical implications of stress at February 17 lecture at the annual meeting of the American association for the advancement of science in San Francisco and in a recent meeting with Stanford report.

We cannot understand human behavior outside this broad context of biology. Biology is intimately intertwined with the traditional domains of social science. Research concerning the human social behavior has expanded among neuroscientists, endocrinologists, geneticists, and so on. We’re now about 70 years into thinking that sustained stress can do bad things to your health.

Little changes do have big results when those changes rises. Vasopressin and vols (and perhaps humans). One version of the promoters stimulates release of more vasopressin. This increases monogamous mating. The more the Vasopressin, the more the chances of vol to be monogamous.

Polygamouse vols when given vasopressin, begin behaving monogamously. There is some evidence that this imapacts human behavior too.

Sapolsky suggests that type of vasopressin promoter you have provided some predictive power of likelihood of you getting divorced.

Naturally there are three million confounds here, but it gives one pause in terms of the concept of free will. Dinorphin (pain receptor) promoters seem to relate to ease of addiction to pain killing drugs in rats.

The more promoters that the rat has for dinorphin, the more likely that rat is to exhibit addictive behavior toward pain killing drugs when given the opportunity.

What did Sapolsky argue on stress hormones?

Glucocorticoids are stress hormones that suppress the immune system (there’s a lot more to it, but in brief, they suppress it by reducing the inflammatory response). A slight clip and a little shuffling and you can create the new if-then clause if there’s progesterone around suppress immunity.

These chronic stress effects are damaging during development. Being raised under stressful conditions, of a low socioeconomic status home produces five-year olds with elevated levels of glucocorticoids.

According to Hackman et al., 2010 frontal cortices are likely to be less active, and less capable of regulating emotional behavior than average. Glucocorticoid exposure makes organisms less pro-social in some ways.

The downside is that when the immune system recovers, it sometimes overshoots the original mark and ends up getting hyper. In its hyper state it’s over-reactive and next thing you know you have an auto-immune disease, which is more common after pregnancy.

This can be dangerous and some autoimmune disorders, such as lupus, are severe enough that the affected will be advised to avoid pregnancy.

How stress response works in plants and animals.

Sapolsky introduces one of his favorite biologists, a plant geneticist named Margaret McClintock. He goes through a history of one of her experiments in which she argued for transposable genes in plants, i.e. genes that are actually moving around on the DNA line, creating new proteins, networks, results.

This amazing feature is also seen in the human immune system which adapts itself constantly in order to combat pathogenic invaders. A plant can’t run away from trouble, so it had to evolve another way to handle the world’s difficulties.

So they have fancy stress responding tricks, such as changing genes around to handle new environments and challenges.

All vertebrates respond to stressful situations by releasing hormones, such as adrenalin. To understand why, he said, “just look at the dichotomy between what your body does during real stress—for example, something is intent on eating you and you’re running for your life—versus what your body does when you’re turning on the same stress response for months on end for purely psychosocial reasons.”

New researh: Sapolsky cited new studies suggesting that “chronic stress causes DNA to age faster. “Over time, the ends of your chromosomes fray, and as they fray your DNA stops working as well. Eventually that could wind up doing in the cell,” he said. “There are now studies showing that chromosomal DNA aging accelerates in young, healthy humans who experience something incredibly psychologically stressful. That’s a huge finding.”

This is a mental health condition that is prompted by a terrifying accident, either by experiencing or witnessing it. New research from Sapolsky pointed out that its alarming in the hippocampus, the part of the part of brain that is suspectible to stress hormones. Robert Sapolsky suggests that you see atrophy in people with major depression.

From neuroscience point of view, Robert pointed many areas of research. For example, Sapolsky showed that in reserach, the lower the social rank in baboons, the greater the stress. This was helpful in determing the results of the study as primates, as baboons are closely related to the humans. The results from the baboons were applied as the results that the human study would have resulted to.