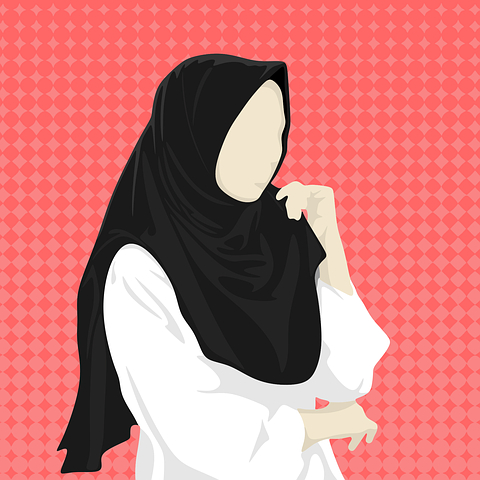 However, we have also learned that Muslim women benefit a great deal from Islam and from within Muslim communities.

Five unknown and misunderstood issues about women in Islam

1. Patriarchal traditions colored the early and dominant interpretations of the Qur’an

The foundations of Islamic Law are based on the Qur’an. In addition, the Sunnah (the hadith and the example of the prophet) is used as a secondary source for further clarification and guidance. When the Qur’an and Sunnah leave an issue unresolved, Muslim scholars resort to ijtihad – the science of interpretations and rule making, where they can supplement Islamic Law with local customs.

Naturally, scholars from different communities and schools of thought disagree in their ijtihad, which is unobjectionable as long as these scholarships are based on religious and linguistic knowledge and are conducted piously and in good faith. While Muslims are free to choose the interpretations most convincing to them, it is inevitable that these individual ijtihads are influenced by the patriarchal customs and beliefs of their surroundings.1

According to Dr. Aziza al-Hibri, professor emerita of Law at the University of Richmond and one of the leading scholars in Islamic law and human rights; medieval Islamic jurisprudence and the dominant schools in ijtihad adopted today, are largely influenced by the patriarchal traditions of their times.

These patriarchal cultural assumptions became deeply rooted in ijtihads and Islamic jurisprudence to the point that such patriarchal structures are inaccurately believed to come from the Qur’anic text itself. In addition, the free practice of ijtihad was restricted by authoritarian political establishments in order to preserve their political interests. As a result, the subsequent mainstream interpretations became based on authoritarian patriarchal interests and imposed by nation states.2

It is therefore evident that Muslim jurists are a product of their societies, where the central patriarchal concept that men are superior to women influenced understanding of Qur’anic texts. As such, these ijtihads are a product of their times and patriarchal circumstances, and need to be addressed and re-evaluated. In the words of Dr. Asma Lambrabet, a leading figure in revising Islamic texts from feminist perspectives; “Islamic thought should evolve in order to redefine and rethink itself, and to make the necessary distinction between the spiritual message and certain interpretations that have frozen the text, occasionally suffocating its true message.”3

2. Alternative non-patriarchal interpretations of the Qur’an do exist

As many Islamic scholars point out, the Qur’an clearly instates the principle of equality among all humans. In the Qur’an (Qur’an 49:13, among other verses), God created humans from male and female, and despite the empirical differences among humans (based on race, gender, etc.), the Qur’an regards them as equals and only ranks humans based on their moral choices and piety. God created men and women from the same soul, as guardians of each other in a relationship of cooperation not domination.4

The popular interpretation understood in light of patriarchal hierarchal traditions, as al-Hibri demonstrates, can be completely different once patriarchal assumptions are eliminated. In this case, the Qur’an was describing a specific situation observed at that time, where a man takes the responsibility of an advisory role if both these conditions are present; first if the man has an ability that a particular woman lacks, and second when the man is maintaining that particular woman, meanwhile the woman is free to reject the advice.

Based on the rules of Islamic jurisprudence, when one verse is specific to certain circumstances, the more general principle of equality (outlined above) is to be taken as the general rule while the particular instance as the exception.6

It is important to note herein that this is only one example and there are numerous other cases where the dominant patriarchal interpretations are disputed by feminist Islamic jurisprudence scholars. While family law and personal status codes in Arab and Muslim countries restrict women’s rights and freedoms (e.g., in choosing a husband, guardianship/ wali, obeying the husband/ ta’ah, initiating divorce, dowry requirement, polygamy, marriage to non-Muslims, etc.), alternative interpretations of the Qur’an dispute these claims of male domination based on religious texts (see al-Hibri7).

The mainstream interpretations of Qur’anic text that consider men superior to women are therefore not objective but subjective human interpretations heavily influenced by historic and geopolitical conditions. In addition, Qur’anic verses in many instances are revealed in very specific circumstances, and need to be understood based on contextual terms.

For example, surat al-Baqara 282, is another of the commonly cited verses to claim male superiority in Islam. The verse, revealed in a business context, states that “when you enter a transaction involving a debt for a fixed period reduce it to writing and let a scribe write it down between you in fairness … and bring two witnesses from among your men. Should there not be two men, then a man and two women of the women you choose to be witnesses.”

If taken out of context, this verse could be interpreted to suggest that a woman’s testimony is not equal to that of a man’s. However, considering the specific situation of a business transaction and the larger context in which women at the time were not involved or experts in business affairs, this verse should not be taken as evidence that women are not equal to men in Islam. In fact, in another instance, the second successor to the Prophet, Umar ibin Khattab, appointed a woman to manage the affairs of a market in Medina.8

Therefore, verses of the Qur’an need to be taken in the contexts in which they were revealed, as the Qur’an takes the specific circumstances of the societal conditions into consideration.9 These specific verses are products of their times and contexts, and need not be forced onto different times and different contexts.

Moreover, the Qur’anic verses need to be looked at in a wholesome manner and not taken in isolation from other texts and verses. In fact, the five main schools of thought in Islamic jurisprudence (Hanafi, Maliki, Shafi’i, Hanbali, and Ja’fari), formally adopted by Muslim countries, agree on four basic principles of Islamic law; it changes with time and place, must serve the public interest, should not cause harm, and may be discarded if its cause has faded.10 This is clear evidence that some verses which were revealed in specific circumstances should not be taken out of context and generalized as the rule for all times and places.

According to Dr. al-Hibri, the Islamic philosophy of change embraces gradual change, and is linked to the principle of shura where societal affairs are conducted in consultation. The Islamic philosophy of change is also linked to the important Qur’anic principle of no compulsion in the matters of faith. Gradualism, shura, and aversion to coercion are important Islamic principles that are most appropriate to advance the rights of Muslim women.

Gradual stable change to the status and rights of Muslim women is therefore achievable through Islam. Two of the agreed upon principles of Islamic law: rationality (‘illah; when a reason for a law disappears, so must the law) and public interest (maslahah; Islamic laws must serve the public interests, including those of women) are important foundations for revising patriarchal laws and re-engaging in ijtihad.11 As such, Muslim women’s rights can be attained through these Islamic jurisprudential principles and requirements.

5. Liberation must come from within the Islamic domain

As al-Hibri points out, Muslims women tend to be religious, and would not react well to a western feminist perspective that is imposed upon them, therefore secular approaches to women’s rights are not likely to ‘liberate’ Muslim women because people of faith will continue to want to follow their perception of the Divine Will.12 In addition, many scholars argue that there is no universal model of gender quality (‘one size fits all’), and the West should not keep a monopoly on the topographies of modernity and truth.13

In this context, liberation and change must come from within the Islamic sphere, where Muslim women have a proactive and autonomous role in reform, re-reading of the Qur’an, and revealing the historical prejudices that colored the understanding of the Qur’anic message. In an environment of religious devotion, liberation must be rooted in the roots of the Qur’an.14