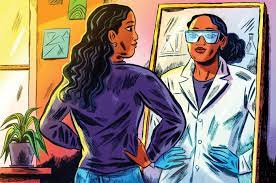 How has your own scientific knowledge been challenged, changed and/or confirmed by engaging in the unit content each week? For example, what did you know and understand about the science concept prior to entering the unit compared to what you know

How has your own scientific knowledge been challenged

Journal Entry Week 1: Earth and Space (500 words)
Each week reflect on your experiences engaging with the science concepts presented in each module. Demonstrate your understanding of the science concepts by using in-text citations to explicitly refer to the unit content including the workshops, the tutorials, the readings, and other unit resources. Ensure you refer to your graphic in a meaningful and integrated way.

Key Questions
·         How has your own scientific knowledge been challenged, changed and/or confirmed by engaging in the unit content each week? For example, what did you know and understand about the science concept prior to entering the unit compared to what you know and understand now?
·         What activities enabled this change?
·         How did they support your change of thinking?
·         What is the Aboriginal and Torres Strait Islander science in relation to this topic?

My Scientific Knowledge Challenged: How A New Study Made Me Rethink What I Know

I always thought I was pretty smart when it came to science. After all, I did major in biology in college and have a pretty good understanding of the world around us. But a new study has made me rethink everything I know. This study has challenged my scientific knowledge in a way that I never thought possible.

I never would have thought that there was so much I didn’t know about science. But this new study has shown me that there is a lot more to learn. I’m excited to see what other studies come out and challenge my scientific knowledge in the future. Who knows, maybe someday I’ll be able to say that I’m an expert in science! But for now, I’m just happy to be learning more about the world around me. Thanks for reading.

In the past several years, many scientists have become afflicted with a serious case of doubt — doubt in the very institution of science.

As reporters covering medicine, psychology, climate change, and other areas of research, we wanted to understand this epidemic of doubt. So we sent scientists a survey asking this simple question: If you could change one thing about how science works today, what would it be and why?

We heard back from 270 scientists all over the world, including graduate students, senior professors, laboratory heads, and Fields Medalists. They told us that, in a variety of ways, their careers are being hijacked by perverse incentives. The result is bad science.

The scientific process, in its ideal form, is elegant: Ask a question, set up an objective test, and get an answer. Repeat. Science is rarely practiced to that ideal. But Copernicus believed in that ideal. So did the rocket scientists behind the moon landing.

But nowadays, our respondents told us, the process is riddled with conflict. Scientists say they’re forced to prioritize self-preservation over pursuing the best questions and uncovering meaningful truths.

Today, scientists’ success often isn’t measured by the quality of their questions or the rigor of their methods. It’s instead measured by how much grant money they win, the number of studies they publish, and how they spin their findings to appeal to the public.

Scientists often learn more from studies that fail. But failed studies can mean career death. So instead, they’re incentivized to generate positive results they can publish. And the phrase “publish or perish” hangs over nearly every decision. It’s a nagging whisper, like a Jedi’s path to the dark side.