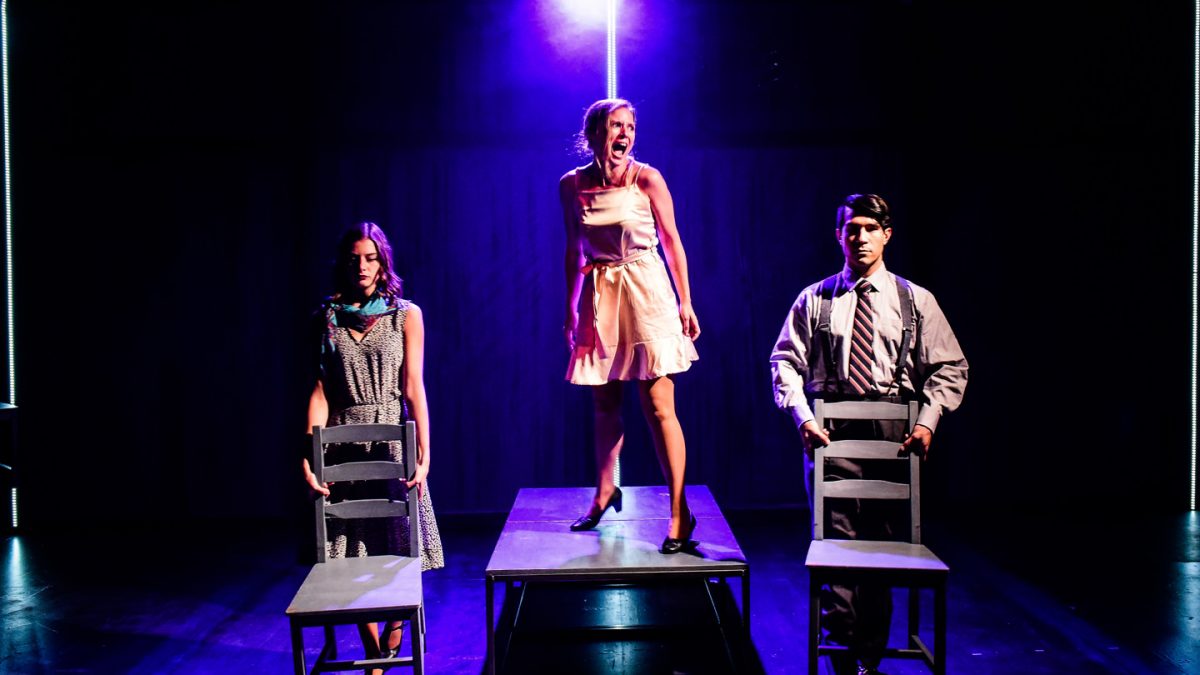 How does Machinal get its themes of societal sexism?

How does Machinal get its themes of societal sexism?

ASSIGNMENT: Machinal is a play inspired by the true story of Ruth Snyder and tells the story, through the Expressionist method and form, of a Young Woman who goes to extreme measures in order to be free from her marriage. How does Machinal get its themes of societal sexism, expectations, and heteronormativity across in a play? Could this work in any other medium, such? as a graphic novel or book? Why does it have to (or not have to) be a play? Think of the advantages and disadvantages of seeing the story live on a stage.

THE ESSAY SHOULD INCLUDE:

● An argument that can be discussed and analyzed in a thoughtful manner and leaves room for your own interpretation and analysis;

● A thesis statement that captures your main argument and analysis of your literary element(s);

● An introductory paragraph, complex and well-structured body paragraphs, and a conclusion to tie everything together;

REQUIREMENTS: Your essay should be approximately 750 words in length, double spaced, 12 point font in either Times New Roman or EB Garamond, and 1-inch margins. It should also be uploaded as either doc, Docx, or pdf. You will only need your copy of Machinal for textual evidence and cite using MLA.

Sophie Treadwell, the writer herself of the revolutionary expressionist play Machinal, reminds us in her directions preceding the script that this story, in its most basic essence, is of a woman who murders her husband. Seemingly straightforward, but both Treadwell and the work she created seek to prove otherwise.

First performed in 1928, and based loosely around the true events of the murder trial of Ruth Snyder in 1927, this astoundingly timeless and fearlessly frank examination of the ways society can provoke a woman’s self-destruction centers its focus on a young woman in the working class, much like many others. She has a name, but it isn’t revealed until later in the story, and isn’t the focus of her character. Her story, broken into nine long “episodes.” while given personal touches, is less rooted in realism than in relatability to the real women reading or watching this play.

The progression of this young woman’s life is one that, in any industrial, capitalist society, works to be eerily familiar to all women on some level, monotonous, unfulfilling, and wholly shaped by the expectations of a world that demands only one script be followed. The episodes depicting the young woman’s life see her going through parental and social pressure to marry a man who disgusts her to secure a future, having a baby she can’t bring herself to want, and beginning an intense affair that frees her romantic passion and shows her part of what her life is missing.

All these factors compound, leading the young woman to murder her husband and face execution for the crime. She fights revulsion, discontentment, and an angry longing every step of the way, save for the small but blissful time spent in her extramarital romantic tryst. Up until her last breath, she continues to cry out for “somebody” to listen, until her voice is stifled by an unseen machine of death, another offspring of the very culture that brought her to its mercy.

Unflinching, heartbreaking, and unarguably relatable at its core, Machinal is a tour de force that presses beyond the typical tools of contemporary realism to evoke the world in which the young woman lives. The speaking style, at times almost like poetry, is modeled after the breathless pace at which our mechanized world operates, and Sophie Treadwell’s use of other environmental tools like offstage voices and scenic deviations into other brief character sketches creates a fully realized society outside of the young woman’s experiences alone.

Unafraid to delve into other topics like homosexuality and abortion, Machinal recognizes the truth in how all oppressions are intertwined. Outstandingly brave for its time, it remains a painfully evocative and astute study of womanhood in any age that values automation and expectations over human uniqueness in desires.