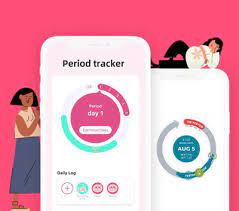 Research Question: How do menstrual apps comfort and secure women, and how does it reflect the technological utopian approach to women’s health?

How do menstrual apps comfort and secure women

Research Question: How do menstrual apps comfort and secure women, and how does it reflect the technological utopian approach to women’s health?

Research Problem: In my paper, I’d like to concentrate on the menstrual app Flo. I feel like in our times’ people like to become more independent about their health(from going all the time to the clinic/doctor).

I’d like to write about the app’s features, how it operates, and how it affects women of all ages. Cycle monitoring applications save and analyze data such as your previous periods, sleep patterns, heart rate, basal body temperature, and cervical fluid. You enter the information into the app, which uses it to predict when you’ll have your period and when you’ll ovulate.

Women are becoming more aware of their bodies and health, so having an app that calculates everything for you rather than a self-guided calendar is quite handy. My concept of a technological utopia world in which technology can address many difficulties and everything appears to be so simple may be a good ideology to relate to menstrual apps, where you can solve any women’s health-related issue with data.

Main Argument: Living in a technological utopia where menstrual apps can solve any women’s health problem, based on gathered data from many active users.

Theoretical Framework:
„Technological utopianism is any ideology based on the premise that advances in science and technology could and should bring about a utopia, or at least help to fulfil one or another utopian ideal.

A tech-utopia does not disregard any problems that technology may cause but strongly believes that technology allows mankind to make social, economic, political, and cultural advancements. Overall, Technological Utopianism views technology’s impacts as extremely positive.” (Wikipedia)

As previously stated, Techno-utopia sees the impact of technology as super beneficial which I will use in the context of menstrual/cycle tracking apps. The users may solve the problems just by an app.

A new study finds that smartphone apps to track menstrual cycles often disappoint users with a lack of accuracy, assumptions about sexual identity or partners, and an emphasis on pink and flowery form over function and customization.

The University of Washington research team collected data from 2,000 reviews of popular period tracking apps, surveyed 687 people and conducted in-depth interviews with a dozen respondents to understand how and why they tracked their menstrual cycles.

Nearly half of the survey respondents used a smartphone app to track their periods for a variety of reasons: to understand their body and reactions to different phases of their cycles; to prepare for their periods; to achieve or avoid pregnancy; or to inform conversations with healthcare providers.

Other strategies for menstrual tracking included digital calendars, paper diaries, following birth control cues, noticing symptoms or simply remembering, the researchers found. The full results are reported in a paper to be presented this month at the 2017 CHI Conference on Human Factors in Computing Systems, where it will receive a best paper award.

“People didn’t feel like the apps were very good at supporting their particular needs or preferences,” said lead author Daniel Epstein, a doctoral student at the UW’s Paul G. Allen School of Computer Science & Engineering. “People felt they were better than tracking their periods on paper, but still weren’t great in a lot of basic ways.”

The study is among the first to investigate how women track their periods — which is surprising, the researchers said, given that it’s one of the first questions doctors ask women. A lack of attention to such an essential component of women’s health surfaced publicly in 2014 when Apple rolled out its HealthKit without any way to track menstrual cycles.

The UW study focused on nine different period tracking apps currently available on the Android Market and Apple App Store, and on what characteristics users liked or disliked, rather than general opinions of the apps themselves. While some apps were much more successful in meeting users’ needs, the researchers found, none were perfect.