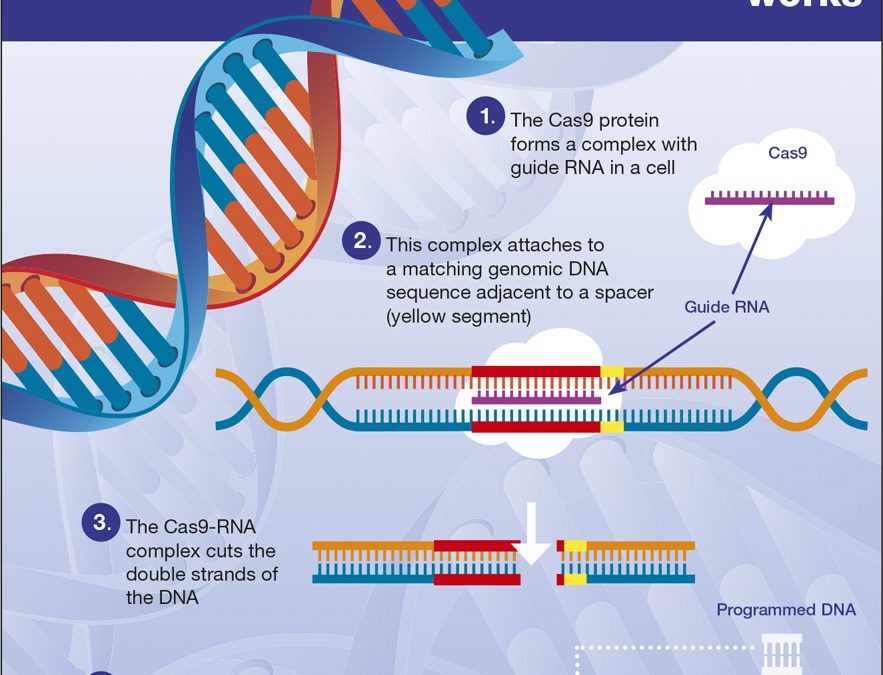 How CRISPR works to modify DNA

To help you better understand this new technology, you will write a 3-4 page essay (not including title page) that defines and discusses in detail what CRISPR is and how it works.

How does it work?

CRISPR is a powerful tool for editing genomes, meaning it allows researchers to easily alter DNA sequences and modify gene function. It has many potential applications, including correcting genetic defects, treating and preventing the spread of diseases, and improving the growth and resilience of crops. However, despite its promise, the technology also raises ethical concerns.

In popular usage, “CRISPR” (pronounced “crisper”) is shorthand for “CRISPR-Cas9.” CRISPRs are specialized stretches of DNA, and the protein Cas9 — where Cas stands for “CRISPR-associated” — is an enzyme that acts like a pair of molecular scissors, capable of cutting strands of DNA.

CRISPR technology was adapted from the natural defense mechanisms of bacteria and archaea, a domain of relatively simple single-celled microorganisms. These organisms use CRISPR-derived RNA, a molecular cousin to DNA, and various Cas proteins to foil attacks by viruses. To foil attacks, the organisms chop up the DNA of viruses and then stow bits of that DNA in their own genome, to be used as a weapon against the foreign invaders should those viruses attack again.