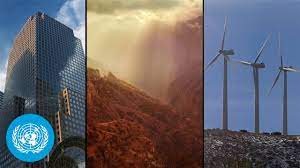 Based on your readings , how civilized were American civilizations prior to Christopher Columbus’s arrival in 1492? https://www.theatlantic.com/magazine/archive/2002/03/1491/302445/

How civilized were American civilizations

Based on your readings , how “ civilized “ were American civilizations prior to Christopher Columbus’s arrival in 1492 ?

Below us was the Beni, a Bolivian province about the size of Illinois and Indiana put together, and nearly as flat. For almost half the year rain and snowmelt from the mountains to the south and west cover the land with an irregular, slowly moving skin of water that eventually ends up in the province’s northern rivers, which are sub-subtributaries of the Amazon.

The rest of the year the water dries up and the bright-green vastness turns into something that resembles a desert. This peculiar, remote, watery plain was what had drawn the researchers’ attention, and not just because it was one of the few places on earth inhabited by people who might never have seen Westerners with cameras.

Clark Erickson and William Balée, the archaeologists, sat up front. Erickson is based at the University of Pennsylvania; he works in concert with a Bolivian archaeologist, whose seat in the plane I usurped that day. Balée is at Tulane University, in New Orleans.

He is actually an anthropologist, but as native peoples have vanished, the distinction between anthropologists and archaeologists has blurred. The two men differ in build, temperament, and scholarly proclivity, but they pressed their faces to the windows with identical enthusiasm.

Dappled across the grasslands below was an archipelago of forest islands, many of them startlingly round and hundreds of acres across. Each island rose ten or thirty or sixty feet above the floodplain, allowing trees to grow that would otherwise never survive the water.

The forests were linked by raised berms, as straight as a rifle shot and up to three miles long. It is Erickson’s belief that this entire landscape—30,000 square miles of forest mounds surrounded by raised fields and linked by causeways—was constructed by a complex, populous society more than 2,000 years ago. Balée, newer to the Beni, leaned toward this view but was not yet ready to commit himself.

Erickson and Balée belong to a cohort of scholars that has radically challenged conventional notions of what the Western Hemisphere was like before Columbus. When I went to high school, in the 1970s, I was taught that Indians came to the Americas across the Bering Strait about 12,000 years ago, that they lived for the most part in small, isolated groups, and that they had so little impact on their environment that even after millennia of habitation it remained mostly wilderness.

My son picked up the same ideas at his schools. One way to summarize the views of people like Erickson and Balée would be to say that in their opinion this picture of Indian life is wrong in almost every aspect. Indians were here far longer than previously thought, these researchers believe, and in much greater numbers.

And they were so successful at imposing their will on the landscape that in 1492 Columbus set foot in a hemisphere thoroughly dominated by humankind.