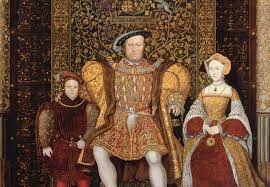 How and why does Henrys change happen? Write a reflective essay in which you explain Henry’s change in thinking about war and connect this to a personal experience where you underwent a significant change of perspective

How and why does Henrys change happen?

Fredric Henry’s perspective and attitude about war changes drastically in this story by Hemingway. How and why does Henry’s change happen? Write a reflective essay in which you explain Henry’s change in thinking about war and connect this to a personal experience where you underwent a significant change of perspective, how and why this change happened, and how this benefited your life.

Note: Henry’s change in perspective about war has nothing to do with Catherine or romance!

Thesis statement: Your introductions thesis statement must include story title and author (A Farewell to Arms by Hemingway), the controlling ideas of Henry’s change and your change, and why this is important. Do not use announcements such as “In this essay…”.
The essay should be 1 typed page in length and include essay structure with an introduction, body and conclusion paragraphs. Proofread and edit carefully for correct grammar, spelling and punctuation.

Frederic Henry changes for us simply by revealing his name, which takes him four chapters. From then on, his identity evolves, moving from plurality to singularity: Part of a group of World War I Italian partisans, he breaks away to form a romantic attachment with a nurse, Catherine Barkley. His change in identity accelerates when he becomes both “the only ambulance driver” and “the American in the Italian army”; when a knee injury sidelines him, he’s the only man in hospital. Ultimately, having lost Catherine and their unborn child in the novel’s tragic finale, he is utterly alone, changing from soldier into hermit.

Frederic changes emotionally as well; he begins as a self-centered, self-sufficient male who toys with Catherine. When she asks “You will be good to me, won’t you?” he thinks “what the hell”; after he says “I love you,” he adds “I lied.” After an enforced separation, they spend an idyllic summer together, and he realizes “I really did want to be married.” Significantly, Hemingway has him describe Catherine at their first meeting in quick sensual details, “blonde and tawny skin and grey eyes”; in the book’s later sections, he rhapsodizes over her beauty for whole paragraphs.

Changes of a Young Man

Robert W. Lewis considers “Farewell” to be a “bildungsroman,” a novel of a young man’s journey to responsibility. Frederic Henry, at the novel’s end, takes responsibility for destroying the lives of his lover and unborn child, and reveals to us his ultimate change: He has progressed from an rootless expatriate to a caring individual who sees himself as a potential husband and father. Robbed of those roles, he simply states, “There is nothing to say.” Harold Bloom notes that such a statement from a Hemingway male is “hardly an apologia, only a self-indictment.”

Probably few novels foreshadow their protagonist’s changes as well as “Farewell,” since Hemingway sets an exquisite scene in Chapter 2: Frederic, drinking at the officer’s “bawdy house,” is invited by a gentle priest to a quiet evening. He chooses the local whorehouse instead, but looks back: “He [the priest] had always known what I did not know … I learned it later.” The “it” is his entire maturing experience in this first-person confessional, as our Hemingway male ultimately lays himself bare in repentance.