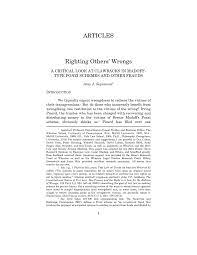 Historical fraud by Bernard Madoff. -Compare the selected event to the legislation enacted in reaction to it (the wrongdoing) (e.g., Sarbanes Oxley after Enron, Dodd Frank after the subprime mortgage crisis, etc.)

Using Madoff’s financial crime event:
-Compare the selected event to the legislation enacted in reaction to it (the wrongdoing) (e.g., Sarbanes Oxley after Enron, Dodd Frank after the subprime mortgage crisis, etc.)

Identify any enforcement tools that were provided to the SEC, DOJ and/or other law enforcement to help bring wrongdoers to justice.
-Explain how the legislation reduced the prospect of such misconduct occurring again in the future or, alternatively, if the legislation missed the mark and, if so, why.

-Argue whether the legislation enacted damaged the objective of promoting capital formation, economic development or other economic interests.

The paper needs to be around 5000 words, double-spaced, and in Blue Book style.

I am unsure how many sources it should be for this size of the paper, so the writer’s comment is welcome. I am only putting 10 as a reference, but it could be less if it satisfies the paper, or if more is needed, that’s ok as well.

Who Was Bernie Madoff? What Is a Ponzi Scheme?

Bernard Lawrence “Bernie” Madoff was an American financier who executed the largest Ponzi scheme in history, defrauding thousands of investors out of tens of billions of dollars over the course of at least 17 years, possibly longer.

He was also a pioneer in electronic trading and chair of the Nasdaq in the early 1990s. He died in prison at age 82 on April 14, 2021, while serving a 150-year sentence for money laundering, securities fraud, and several other felonies.