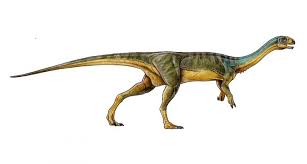 Compare and contrast the Frankenstein mythology to the “Frankenstein” Dinosaur fossil, the Chilesaurus. Provide a thesis statement. Structure the paragraphs as follows:

Paragraph – How The Frankenstein Dinosaur Got Its’ Nickname

Paragraph – Why The Frankenstein Dinosaur Got That Nickname

Paragraph – The Thirst For Knowledge In Paleontology & “Frankenstein”

Paragraph – The Scientific Implications of The Frankenstein Dinosaur

Paragraph – Why “Frankenstein” Is Still Relevant to Science

Scientists have solved the puzzle of the so-called “Frankenstein dinosaur”, which seems to consist of body parts from unrelated species.

A new study suggests that it is in fact the missing link between plant-eating dinosaurs, such as Stegosaurus, and carnivorous dinosaurs, like T. rex.

The finding provides fresh insight on the evolution of the group of dinos known as the ornithischians.

The study is published in the Royal Society journal Biology Letters.

Matthew Baron, a PhD student at Cambridge University, told BBC News that his assessment indicated that the Frankenstein dinosaur was one of the very first ornithischians, a group that included familiar beasts such as the horned Triceratops, and Stegosaurus which sported an array of bony plates along its back.

“We had absolutely no idea how the ornithischian body plan started to develop because they look so different to all the other dinosaurs. They have so many unusual features,” the Cambridge scientist said.

“In the 130 years since the ornithischian group was first recognised, we have never had any concept of how the first ones could have looked until now.”

In the currently accepted family tree, the ornithischian group was always thought to be completely unrelated to all of the other dinosaurs.

Palaeontologists regarded these creatures as an odd-ball group. But a reassessment by Mr Baron published in March in the journal Nature indicated that ornithischians were more closely related to the meat-eaters, such as T.rex, than previously thought.

And it is in re-configuring the dinosaur family tree that Mr Baron transforms the Frankenstein dinosaur from an enigma into a missing link.

“Now that we think ornithischians and meat-eating dinosaurs such as Tyrannosaurus are related, Chilesaurus slots exactly in between the two groups. It is a perfect half-and-half mix. So, suddenly in the new tree it makes a whole lot of sense.”

The alternative version of the dinosaur family tree, now called the “Baron tree”, is more than just a rearrangement, however.

It sheds new light on how different groups of dinosaurs split from one another and evolved along different paths, adds co-author Prof Paul Barrett from London’s Natural History Museum.

“Chilesaurus is there at the beginning of one of these big splits and hopefully by understanding more about its biology it will tell us what the driving factors might have been.”

Prof Barrett and Mr Baron both believe that their re-configured tree could well replace the current dinosaur family tree which has stood the test of time for more than 130 years.