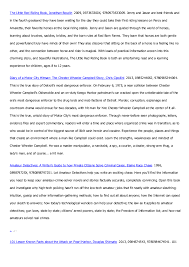 View themes and issues through the lenses of prescriiptive and psychological approaches to ethical decision making Examine the parallels in the issues raised so far in our course and by the speakers in the videos.

Did any of the content go against any of your values?

The golden rule of reciprocity (“treat others as you would have them treat you”) is present in most philosophical traditions and religions, and can be thought of as a fundamental human moral imperative. The first and most positive aspect of virtual reality (VR) is that it is possible to give people the experience of the golden rule in operation.

Besides changing bodies, VR enables one to have a myriad of possible experiences from a first-person perspective. One can for instance be exposed to a virtual representation of a phobic agent (for example spiders), the participant knowing it is not real but feeling it as if it were.

Thanks to this, VR has become increasingly used for therapeutic purposes including pain management (Matamala-Gomez et al., 2019) and treatment of phobias and anxiety disorders (Freeman et al., 2017). The therapeutic potential in other realms has already been experimentally tested, such as for physical rehabilitation, for example, (Levin et al., 2015), for the rehabilitation of violent offenders (Seinfeld et al., 2018), and for the assessment of symptoms and neurocognitive deficits in people experiencing or at risk of psychosis (Rus-Calafell et al., 2018). Its use for training purposes in several areas including military, medicine, surgery, and disaster response, among others, is also gaining popularity (Spiegel, 2018; Vehtari et al., 2019).

All these advantages rely on the extent to which the experience is perceived as real. It is reasonable to imagine that more realism in these VR scenarios increases their effectiveness.

In augmented reality (AR), virtual features are added to the real environment through some sort of device (for example goggles or a smartphone) and the information presented often requires the actual location of the user. For instance, when visiting some ruins, one could see a depiction of what the site used to look like superimposed over the remains.

This is useful not only for historical representations but also for educational purposes (for example architects and engineers). With AR, one can also visualize a product before purchasing it—even try it on virtually—or see relevant information on the car windshield.

AR also offers a huge value for companies that employ it for marketing aims. Similar to VR, augmenting the realism of AR technology is likely to boost its impact.

In addition, VR and AR (XR) systems can be employed for data visualization, for industrial design in architecture and urban planning and, naturally, for entertainment—the gaming industry has enormous potential in this field (Brey, 1999, 2008; Wassom, 2014).

Moreover, it is commonplace today to be able to have a conversation in a virtual (VR) or real (AR) space with another person who is physically somewhere else but whose virtual representation is in that same space, which eventually might reduce the need to travel for meetings.

Despite all the benefits, however, XR technology also raises a host of interesting and important ethical questions of which readers should be aware. For instance, the fact that XR enables an individual to interact with virtual characters poses the question of whether the golden rule of reciprocity should apply to fictional virtual characters and, with the development of tools that allow for more realism, whether this should also extend to virtual representations of real people.

Thus, along these lines, is it wrong to do immoral acts in VR? This is explored in a play called “The Nether” (2013) by Jennifer Hayley1, where in a fully immersive virtual world a man engages in pedophilia. When confronted by the police in reality (in the play), he argues that this is a safe way to realize his unacceptable drives without harming anyone at all.

As stated by Giles Fraser writing in The Guardian newspaper2, “Even by watching and applauding the production I felt somehow complicit in, or at least too much in the company of, what was being imagined. Some thoughts one shouldn’t think.

Some ideas ought to be banished from one’s head.” But on the other hand, “Policing the imagination is the ultimate fascism. Take Orwell’s Nineteen Eighty-Four. But the point is surely this: imagination is not cut off from consequence. We all end up being shaped by what we imagine.”