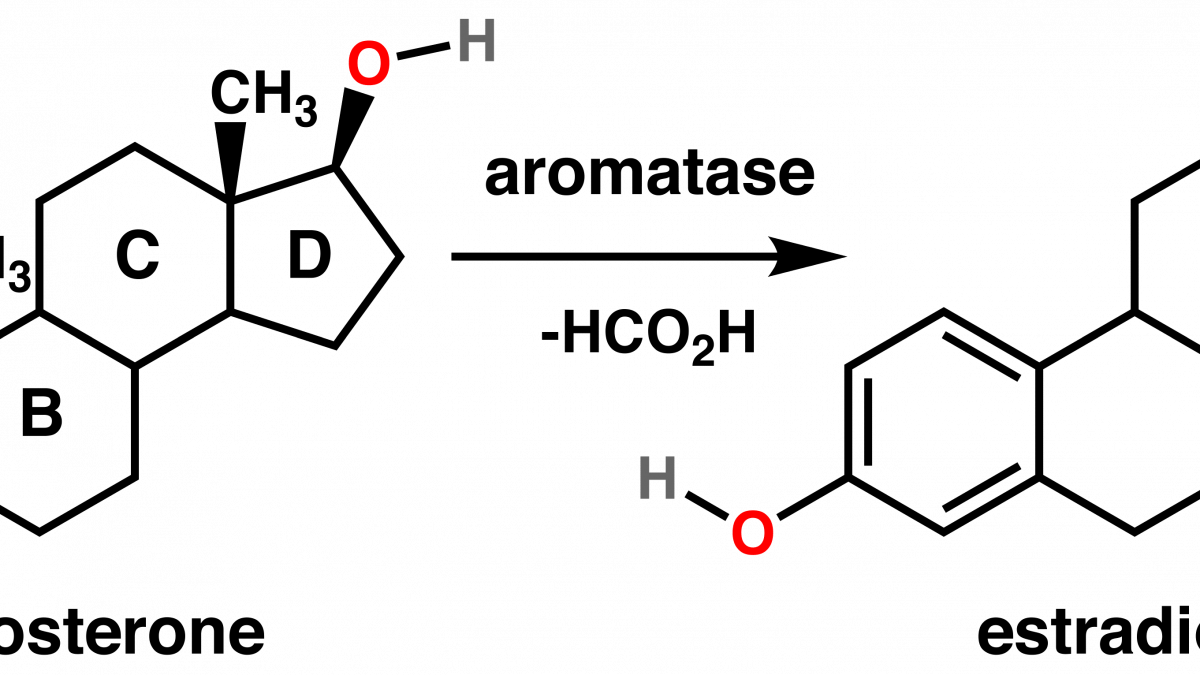 Effect of testosterone and estradiol on the growth

Recent reports of disruptive mutations of the genes for the estrogen receptor or for cytochrome P-450 aromatase1-6 have shed new light on the role of estrogen. In females the lack of estrogen due to aromatase deficiency leads to pseudohermaphroditism and progressive virilization at puberty, whereas in males pubertal development is normal. In members of both sexes epiphyseal closure is delayed, resulting in a eunuchoid habitus, and osteopenia is present.6 These findings suggest a crucial role of estrogen in skeletal maturation.1-6 We describe the responses to androgen and estrogen in a man with a novel, homozygous inactivating mutation of the P-450 aromatase gene.

The proband, the second of 10 siblings, was born after an uncomplicated pregnancy. His parents were first cousins (Figure 1). The patient’s early growth and pubertal development were normal, although his testicular volume remained subnormal. At 18 years of age he was 170 cm tall (25th percentile), and he continued to grow thereafter. At the age of 28 years, x-ray films of the right arm obtained after an injury revealed unfused epiphyses and osteopenia.

At the age of 29 years, he married a woman who did not conceive despite regular unprotected intercourse. Semen analysis one year later7 revealed a sperm count of 1 million per milliliter (normal, >20 million) with 100 percent immotile spermatozoa. The patient was treated with 150 IU of human menopausal gonadotropin and 1000 IU of human chorionic gonadotropin intramuscularly three times weekly for four months, with no change in the sperm count.

In 1988, at the age of 31, the patient was evaluated because of a four-year history of persistent linear growth, infertility, and moderate skeletal pain, especially in the knee, that limited his ability to walk. He weighed 96.5 kg and was 187 cm tall (97th percentile). His arm span was 204 cm, and the ratio of the upper segment to the lower segment was 0.85. Physical examination revealed bilateral genu valgum.

The patient’s blood pressure was normal. He had normal optic fundi and no gynecomastia, acromegaly, goiter, or acanthosis nigricans. The volume of each testis was 8 ml. His penis size and pattern of pubic hair were normal. His sexual identity and psychosexual orientation as assessed by questionnaire8 were heterosexual, and his libido was normal. He had spontaneous erections sufficient for intercourse.