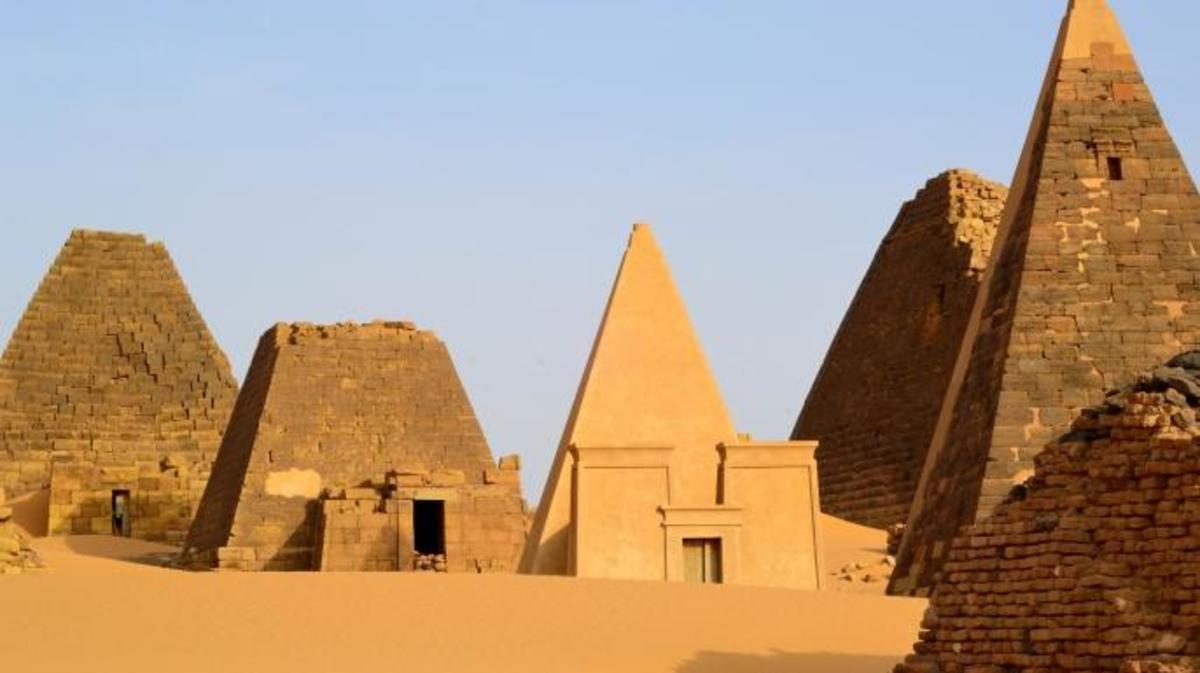 Discussion on ancient civilizations in Africa

Include examples from the beginnings of the Common Era to the period of European imperialism, worlds of great empires, royal courts, pastoral nomads, tribal chiefs, stone palaces, intricate art, and glorious gold that emerged; kingdoms that collapsed, and intertwined with other societies.

Include in your discussion powerful states were built from small towns and villages and those with a great network of regional and overseas trade that was established; wars that were waged, territories and people that were seized, bought, and sold kings that became rich, and Islam that spread across the continent.

Africa: From the Birth of Civilization

The earliest stages of human evolution are believed to have begun in Africa about seven million years ago as a population of African apes evolved into three different species: gorillas, chimpanzees, and humans. Protohumans, as early humans are known, evolved about 2.5 million years ago and had larger brains and stood nearly upright. From prehistoric Africa, humans spread to populate much of the world by 10,000 b.c.e. Some of the world’s first great empires originated in northern Africa around 4000 b.c.e., when Egypt began to develop.

As Egyptian society began to decline around 1000 b.c.e., people living further south along the Nile River started building a culturally independent society. This society developed into the first black African empire: the Kushite/Meröe empire, which lasted roughly from 800 b.c.e. to 400 c.e. Although the Kushite/Meröe civilization was influenced by Egypt, it developed its own culture, with unique art practices and a writing system. Little is known about the lifestyles and habits of these early African cultures. Some research has been conducted into these past cultures but more is ongoing.

Small independent social groups developed throughout the African continent. However, little is known about the lifestyles and habits of these early African cultures. Hopefully, ongoing research into these past cultures will provide a clearer picture of ancient African life sometime in the future. Many early African groups had contact with other cultures and records from these cultures provide much of the known information about early African life.

However, contact with these other cultures influenced life in Africa and there is no complete picture of African culture before other cultures began to influence it. Arabic cultures infiltrated Ethiopia in northeast Africa by the seventh-century b.c.e. and helped establish the Axum empire (100–400 c.e.). The first Christians arrived from Syria in the fourth-century c.e. and the religion quickly took root. Northern Africa was invaded by Muslims and later by nomads, who brought more cultural changes, including the adoption of the Muslim religion in many parts of Africa. (Nomads are peoples who have no fixed place of residence and wander from place to place usually with the seasons or as food sources become scarce.)

The first black African states formed between 500 and 1500 c.e. From these early states, African culture began to thrive. Trade routes, established during the Greek and Roman times, were increased across the Sahara desert when the camel was introduced in 100 c.e. from Arabia. By 800 c.e. the West African Soninke people had created the Ghanaian empire and controlled the area between the Sénégal and Upper Niger Rivers.

The Mali empire converted many living in western Sudan to Islam, the Muslim religion, and developed the famous city of Timbuktu, which became a center for trade, Muslim religion, and education. Other smaller states and dynasties, including Berber, Songhay, Hausa, and Kanem-Bornu, rose and flourished in different parts of Africa. The first of these, the Berber dynasties of the north, began in the eleventh century c.e., and the later Songhay empire began in the fifteenth century c.e. The history of Africa is filled with these shifts of power from group to group, yet our knowledge of life among these early groups is very limited.

In general, hundreds of different African groups throughout the continent developed tribal cultures based either on nomadic hunting and gathering practices or on more permanent farming techniques. These groups developed distinct systems of trade, religion, and politics. But the presence of Europeans quickly disrupted many Africans’ traditional ways of life. Some groups fled to remote areas to escape the foreigners; others developed fruitful trading practices with the Europeans. Because these early African cultures did not keep written records, little information is known about their life before contact with other groups.

3) Faces of Africa: Keepers of the Ark: https://www.youtube.com/watch?v=-gDEXmyoC_Q