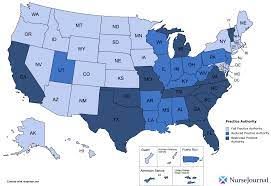 Examine and describe the PMHNP practice restrictions/limitations in your state. Describe a clinical practice or professional issues with the licensure and certification.

American Nurses Credentialing Center (ANCC) is currently the only option for PMHNPs to obtain the national certification as a PMHNP-BC (across the lifespan). Board certification is not a requirement in all the states for the NP license, but malpractice insurance providers and many health care facilities may require NP board certification as a prerequisite to grant privilege to practice.

1 page paper:
Examine and describe the PMHNP practice restrictions/limitations in your state.

Describe a clinical practice or professional issues with the licensure and certification.

In 1965, to meet the demands of underserved populations, Loretta Ford and Henry Silver began the first certificate program that provided nurses with the skills to deliver primary care to children in community settings. In the 1970’s NP education moved from a certificate program to programs that offered bachelors or masters degrees.

In addition, the population focus was not only pediatric and families, but also began to include adult/gerontology, women’s health, neonatal, and other specialty roles.

These early nursing pioneers revolutionized advanced practice nursing. Present-day NPs assume various roles that include caring for ethnically diverse, underserved populations within an aging society and across many healthcare settings.

The rapid growth of NPs since the initial certificate programs has been astounding and contemporary NPs have emerged as leaders in healthcare (Sullivan-Marx, McGivern, Fairman, & Greenberg, 2010).

The NP role in the 21st century looks much different than it did in 1965.

Despite many positive expansions to the NP role, there continues to be many barriers requiring attention of national and state leaders in order to achieve the Triple Aim of healthcare:  1) better care;  2) better health; and  3) lower healthcare cost (Berwick, Nolan, & Whittington, 2008). The next part of this paper will discuss some of the barriers to NP practice.

State licensure regulates NP practice and is a barrier to NPs practicing to the fullest extent of their education and training. Licensure and practice laws for NPs vary per state, despite a main goal of full practice authority.

What does this mean? Full practice authority is “the collection of state practices and licensure laws that allow for NPs to evaluate patients, diagnose, order, and interpret diagnostic tests, initiate and manage treatments-including prescribing medications-under the exclusive licensure authority of the state board of nursing” (American Association of Nurse Practitioner (AANP), 2014, p.1).

The problem is only about one-third of the nation has adopted full practice authority licensure and practice laws for NPs. The remainder of NPs in the U.S either have:

1) reduced practice and licensure which means the NP has the ability to engage in at least one element of the NP practice and is regulated through a collaborative agreement with an outside health discipline in order to provide patient care; or

2) restricted practice and licensure which means that NP has the ability to engage in at least one element of NP practice and requires supervision, delegation, or team-management by an outside health discipline in order to provide patient care (AANP, 2013).

Full practice authority is also referred to autonomous practice or independent practice. Under full practice authority, NPs are required by their licensing state to meet educational and practice requirements for licensure, maintain national certification, consult and refer to other healthcare providers per patient/family needs, and be accountable to the public and state board of nursing for meeting the standards of care in practice and professional conduct (AANP, 2014).

The IOM report (2011) has recognized that overly restrictive scope-of-practice regulations of NPs in some states as one of the most serious barriers to accessible care. NPs with the same educational preparation and national certification may face a compendium of restrictions when relocating from one state to another, thus limiting their scope of practice (Safriet, 2011).

Variation of scope-of-practice across states has an indirect impact on patient care because the degree of physician supervision may affect practice opportunities and payer polices for NPs (Yee, Boukus, Cross & Samuel, 2013).