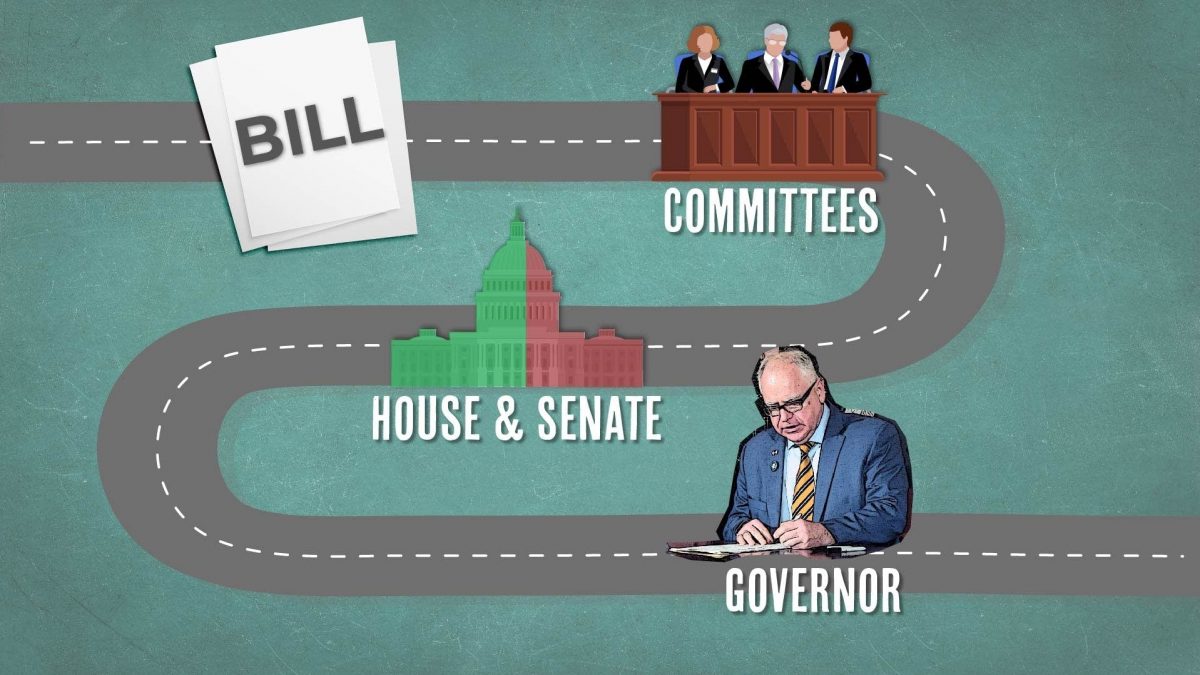 Describe the classic process by which a bill becomes a law at the national level in the United States. Be specific as to what the steps are and what happens at each

Describe the classic process by which a bill becomes a law

1. Includes all steps in the process from introduction through presidential action.
2. All steps are fully described with accompanying details and cited examples

Step 1: The bill is drafted

Any member of Congress – either from the Senate or the House or Representatives – who has an idea for a law can draft a bill. These ideas come from the Congress members themselves or from everyday citizens and advocacy groups. The primary Congress member supporting the bill is called the “sponsor“. The other members who support the bill are called “co-sponsors“.

Step 2: The bill is introduced

Step 3: The bill goes to committee

As soon as a bill is introduced, it is referred to a committee. Both the House and Senate have various committees composed of groups of Congress members who are particularly interested in different topics such as health or international affairs. When a bill is in the hands of the committee, it is carefully examined and its chances of passage by the entire Congress are determined.

The committee may even choose to hold hearings to better understand the implications of the bill. Hearings allow the views of the executive branch, experts, other public officials and supporters, and opponents of the legislation to be put on the record. If the committee does not act on a bill, the bill is considered to be “dead“.

Step 4: Subcommittee review of the bill

Subcommittees are organized under committees and have further specialization on a certain topic. Often, committees refer bills to a subcommittee for study and their own hearings. The subcommittee may make changes to the bill and must vote to refer a bill back to the full committee.

Step 5: Committee mark up of the bill

When the hearings and subcommittee review are completed, the committee will meet to “mark up” the bill. They make changes and amendments prior to recommending the bill to the “floor“. If a committee votes not to report legislation to the full chamber of Congress, the bill dies. If the committee votes in favor of the bill, it is reported to the floor. This procedure is called “ordering a bill reported“.

Step 6: Voting by the full chamber on the bill

Once the bill reaches the floor, there is additional debate and members of the full chamber vote to approve any amendments. The bill is then passed or defeated by the members voting.

Step 7: Referral of the bill to the other chamber

When the House or Senate passes a bill, it is referred to the other chamber, where it usually follows the same route through committees and finally to the floor. This chamber may approve the bill as received, reject it, ignore it or change it. Congress may form a conference committee to resolve or reconcile the differences between the House and Senate versions of a bill. If the conference committee is unable to reach an agreement, the bill dies.

Step 8: The bill goes to the president

If the President vetoes a bill, Congress may attempt to override the veto. If both the Senate and the House pass the bill by a two-thirds majority, the President’s veto is overruled, and the bill becomes a law.