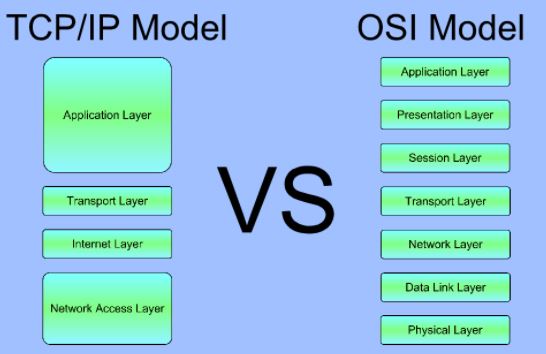 Part1: Define and Describe the OSI Model and the TCP/IP Model Part 2: Define, describe and draw a simple diagram of the common network protocols

Define and Describe the OSI Model and the TCP/IP Model

The OSI model and the TCP/IP model are two different ways of thinking about networking. The former is more theoretical while the latter is more practical. However, both models have their advantages and disadvantages.

The OSI model was developed by the International Organization for Standardization (ISO) in order to promote interoperability between different vendors’ equipment. It divides networking into seven layers, each of which has a specific function:

– Physical layer: This layer deals with the actual hardware of the network, including the cables, connectors, and other physical components.

– Data link layer: This layer handles the task of transferring data frames from one node to another over the physical layer. It also provides error detection and correction capabilities.

– Network layer: This layer is responsible for routing data packets from one node to another. It also provides congestion control and quality of service features.

– Transport layer: This layer ensures that data packets are delivered reliably from one node to another. It also provides flow control and error recovery capabilities.

– Presentation layer: This layer is responsible for converting data into a format that can be understood by the application layer.

– Application layer: This is the topmost layer of the OSI model and it provides interfaces between the network and user applications.

The most common network protocols are TCP and UDP. TCP is a reliable that ensures that data packets are delivered in the correct order and without errors. UDP, on the other hand, is an unreliable protocol that does not guarantee delivery or order.

Both TCP and UDP use port numbers to identify the application that is using them. For example, the web browser uses port 80 for HTTP traffic and port 443 for HTTPS traffic.

The TCP/IP model was developed by the US military in order to create a network that could survive a nuclear attack. It is a simpler model than the OSI model and it only has four layers