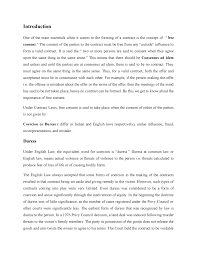 Critically examine the law regarding duress, particularly the approach of the judiciary to limit the availability of the defence, in order to assess whether reform is needed.

Critically examine the law regarding duress

Critically examine the law regarding duress, particularly the approach of the judiciary to limit the availability of the defence, in order to assess whether reform is needed.

Duress refers to the act of using threats or psychological pressure to force someone to behave in a way that is contrary to their wishes. In contract law, duress is used as a form of defense to a crime where the defendant uses threats to force the plaintiff to commit a crime that is against their wishes. A party who is forced into an act or contract under duress can rescind the contract, rendering it null and void. In a duress defense, the party admits to committing an act, but unwillingly. Even though the act was illegal, the act was entered into under extreme pressure or threat to cause bodily harm or even death. A party is not deemed guilty of committing an illegal act if he was convinced that he would suffer bodily harm if he did not participate in the act. The role of the government is then to prove that the defendant threatened to cause harm to the plaintiff if the latter did not enter into the contract.

The requirements regarding the use of duress as a defense in a court of law vary by state. The following are the general requirements that must be present:

For example, duress is when an accountant is forced to sign a document authorizing the transfer of funds to another person with a gun pointed to his head. If the accountant refuses to sign the document, he faces an immediate threat of bodily harm or even death. The accountant can sign the document and later rescind the contract by using duress as a defense in court.

An example of a defense of necessity is when a nurse working on a night shift is forced to break into a pharmacy to get a life-saving medication for a patient who is on the verge of death. If the nurse if later arrested and charged with breaking in and stealing medicine, he can use the defense of necessity to prove that the harm caused is less than the harm that would’ve occurred if he did not commit an illegal act.

Categories of Duress in Contract Law

The following are the two main categories of duress:

Physical duress can be directed at either a person or goods. When a person wants to rescind a contract entered into earlier on the basis that it was made under duress, he needs to prove that a threat to harm was made by the other party and that the threat was the reason that he entered into the contract. The burden of proof then shifts to the other party, who must prove to the court that any threats made to the person did not force him/her to enter into the contract.

Physical duress was demonstrated in Barton vs Armstrong (1976), where Armstrong threatened to murder Barton if he did not sign a contract for the sale of certain companies. The privy council accepted the defense of duress and agreed to rescind the contract entered into under threats to murder the plaintiff.

Duress to goods occurs when one party withholds the goods of another party until the party enters into an illegal contract. This leaves the party with no alternative other than to give in to the coercion. This was demonstrated in Hawker Pacific Ltd vs Helicopter Charter Pty Ltd (1991) when Hawker Pacific withheld a helicopter belonging to Helicopter Charter until the latter made further payments for repairing a botched paint job. The court set aside the contract on the basis that it was made under duress.

Economic duress occurs when one party uses unlawful economic pressure to coerce another party into a contract that they would otherwise not agree to. It can also occur when one party threatens to cancel an existing contract unless the other party agrees to enter into another contract. The court can set aside the contract if the plaintiff can prove that they had no alternative choice other than to enter into the contract.

The following elements of economic duress must be demonstrated:

CFI is the official provider of the Financial Modeling and Valuation Analyst (FMVA)™ certification program, designed to transform anyone into a world-class financial analyst.

To keep learning and developing your knowledge of financial analysis, we highly recommend the additional CFI resources below: