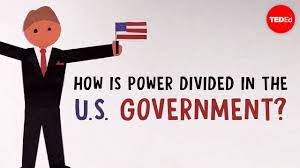 What are the critical elements all state governments need? How are those elements represented in your state?
What are the mechanisms that allow your state constitution to be amended?

What are the critical elements all state governments need? How are those elements represented in your state?
What are the mechanisms that allow your state constitution to be amended? Do you feel these mechanisms are necessary? How do they compare with mechanisms in other states?

The State Must, Therefore, Possess The Essential Elements of State are-

1.Population is Essential Elements of State.

Two conclusions flow from the discussion on the meaning and nature of the state:

(I) that the State is a human institution the product of man’s gregarious nature and the result of necessities of human life, and

(2) population and land are the starting point of any study of man in his organized groups. It is the people who make the State; without them, there can be none. But the population must be large enough to make a State and sustain it.

The members of one single-family do not make a State. There should be a series of families. No limit, however, can be placed on the number of people constituting the State. The difference in population, other things remaining the same, does not make any difference in the State’s nature, although opinions as to its size have varied from time to time. Plato and Aristotle put definite limitations on the population of the State.

Their ideal was the Greek City-State, like Athens and Sparta. Plato fixed the number at 5,040 citizens. Aristotle held that neither ten nor a hundred thousand could make a good State; both these numbers were extremes. He laid the general principle that the number should be neither too large nor too small. It should be large enough to be self-sufficient and small enough to be well-governed. Rousseau, the high priest of direct democracy, determined 10,000 to be the State’s ideal number.

The Modern Tendency is in favor of States with a huge population. It is believed that the workforce of the  State must swell as the population is the sinews of war and power. Hitler, Mussolini’s government, gave bounties to couples producing children above a given minimum issue less, and unmarried persons were taxed. The erstwhile Soviet Union managed the grown other population.

The 1936 Constitution guaranteed State aid and honors bestowed on members of large families and unmarried mothers. In India, the problem is to check the ever-growing population due to the wide disequilibrium between the populations and the available means of production. China has a system of incentives and disincentives to observe a one-child family norm.

But the size of the population is no criterion of the State. Monaco and China are entities with equal statehood status, although the disparity in both the States’ population is significantly marked. Similarly, an increase or loss in population makes no difference in its Statehood.

Though no limit, either theoretical or practical, can be placed on a State’s population, yet are population must be sufficient to maintain a state organization, and it should not be more than what the State’s territorial resources are capable of supporting.

But behind all these quantitative factors lie qualitative elements in evaluating the problem of a State’s population. The population cannot be reckoned in mathematical terms. The kind of people they are matters no less than their numbers. Aristotle rightly said that a good citizen makes a good State and a bad citizen a bad State. A good citizen must be intelligent, disciplined, and healthy. Healthy citizens are the State’s health, for disease diminishes intelligence, capacity for work, energy, and vitality; it makes for poor production, laziness, and lethargy.

Similarly, good citizens will not allow religious or political differences to destroy the State’s unity and security. The indie people have yet to learn the requisites of good citizenship, though, in numbers, they stand in the front row.

Some writers ignore territory as an element of the State.

“The word State designates the rulers or else the society itself m which the differentiation between rulers and ruled exists and m which, for that very reason, a public power exists”

August is chiefly interested in the differentiation between rulers and ruled, which occurs in almost all human societies, large or small, primitive or civilized. Then he tersely says that territory is not an indispensable element in the formation of a State.

“does not regard territory as an essential attribute of the State.”

If a society is held together, he maintains, by the principle of government, it constitutes a State, and Political Science should not concern itself only with the so-called civilized society. Why should we not say that States are found in deserts of Arabia and in other regions where the soil is unfruitful and discourages fixed settlement and agriculture?

“The State itself then is neither the people, the  government, the Magistracy, nor the Constitution. Nor is it indeed the territory over which its authority extends. It is the given community of given individuals, viewed in a certain aspect, namely, as a political unity.”

But such views are rarely encountered now. They have been rejected, not on theoretical grounds, but because of certain practical considerations. Even Duguit admits that in practice, there can be no State without a fixed territory. Just as every person belongs to a State, so does every square yard of earth.