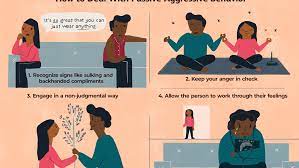 Consider your definition of aggressive behaviour

Lecture Exercise #8 – Please submit your responses to the following questions using the drop box below.  This assignment is worth 4% of your final grade.  Comment on each of the issues listed below.  Full marks will be given for thorough responses that explain your thoughts and beliefs about the topics.

2. What kind of people become torturers?

Most people imagine that only “monsters” or psychopaths can routinely humiliate, torture, or murder others. In fact, numerous studies in social psychology have shown how everyday, “normal” people can commit unthinkable acts caused by the step-by-step power of the situation.

Many of the same mechanisms manipulated in laboratory studies have been shown to underlie the origins of human torture and slaughter (Staub, 1989).

In one study, Gibson and Haritos-Fatouros (1986) investigated the procedures used to train Greek military police to become willing torturers. They discuss such foot-in-the-door techniques as the following:

recruits endure torture and scream chants about violence and killing

watch veterans torture and be rewarded for torturing

Discuss: what psychological mechanisms (e.g. cognitive dissonance,upward/downward social comparisons, stereotyping) are at work here? What can ordinary people do to prevent themselves from becoming complicit in harming others?

Staub, E. (1989). The roots of evil: The origins of genocide and other group violence.  New York: Cambridge University Press.

Aggression is a word that we use every day to characterize the behavior of others and perhaps even of ourselves. We say that people are aggressive if they yell at or hit each other, if they cut off other cars in traffic, or even when they smash their fists on the table in frustration. But other harmful acts, such as the injuries that sports players receive during a rough game or the killing of enemy soldiers in a war might not be viewed by everyone as aggression.

Because aggression is so difficult to define, social psychologists, judges, and politicians (as well as many other people, including lawyers), have spent a great deal of time trying to determine what should and should not be considered aggression. Doing so forces us to make use of the processes of causal attribution to help us determine the reasons for the behavior of others.

Social psychologists define  as behavior that is intended to harm another individual who does not wish to be harmed (Baron & Richardson, 1994). Because it involves the perception of intent, what looks like aggression from one point of view may not look that way from another, and the same harmful behavior may or may not be considered aggressive depending on its intent.

Intentional harm is, however, perceived as worse than unintentional harm, even when the harms are identical (Ames & Fiske, 2013).

You can see that this definition rules out some behaviors that we might normally think are aggressive. For instance, a rugby player who accidentally breaks the arm of another player or a driver who accidentally hits a pedestrian would not by our definition be displaying aggression because although harm was done, there was no intent to harm.

A salesperson who attempts to make a sale through repeated phone calls is not aggressive because he is not intending any harm (we might say this behavior is “assertive” rather than aggressive).

And not all intentional behaviors that hurt others are aggressive behaviors. A dentist might intentionally give a patient a painful injection of a painkiller, but the goal is to prevent further pain during the procedure.

Because our definition requires us to determine the intent of the perpetrator, there is going to be some interpretation of these intents and there may well be disagreement among the parties involved.

The U.S. government perceives the development of a nuclear weapon by Iran as aggressive because the government believes that the weapon is intended to harm others, but Iranians may see the program as a matter of national pride.

Although the player whose arm is broken in a rugby match may attribute hostile intent, the other player may claim that the injury was not intended. Within the legal system, juries and judges are frequently asked to determine whether harm was done intentionally.