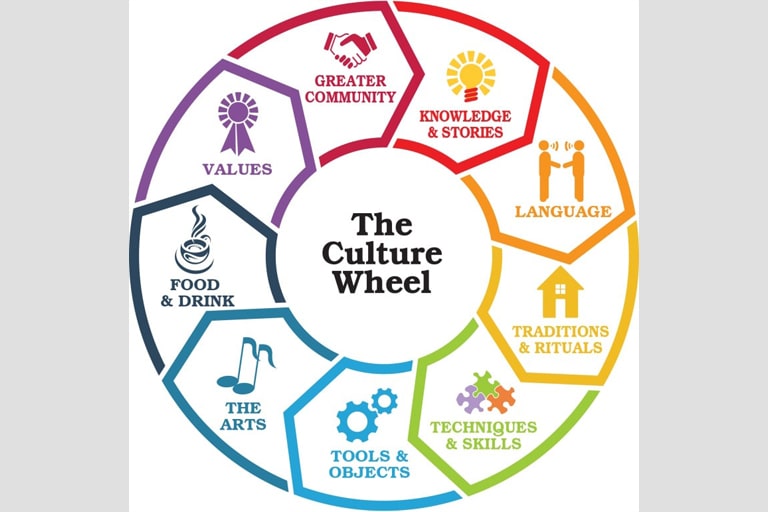 Connecting Religion to Culture and Society

Purpose:
The purpose of this assignment is to connect religion to our culture and society by looking at the impact of religion on various elements of life such as family, politics, education, media, and government.

Background:
Religion impacts society in many different ways. Religion, and more specifically, religious institutions, serve as socializing agents that guide individuals in lifestyle choices and opinion development. Supporting this claim, prior research has shown that religious lifestyles produce important effects on various aspects of individuals’ lives. Religious effects exist across the entire spectrum of society and impact our behaviors, opinions, families, and education, just to name a few.

Directions and Grading:
For this paper, you will explore the impact of religion on different aspects of your life and on society as a whole. You will cover each required element in your paper and show the impact of religion, or not, on different areas of social life. For each section of the paper, you will first write about the impact, if any, of religion on your own life and then you will cover how you see religion impacting society in general. You will need to cover all of the following sections:

Government/Politics – In what ways do you think religion should play a role in the political realm? Do you believe that religion currently impacts politics? How does religion impact governmental laws and policies? How does religion impact elections?
Media – Did the media impact your views toward religion throughout your life? Did the entertainment choices that you or your family picked while you were growing up reinforce the messages that you received from your religious institution? In our society, does the media confirm or contradict the messages from religious institutions?

Conclusion – This section will have two parts. In Part One, you will highlight other areas of life or other institutions that you see religion playing a role in our society, if any. In Part Two, you will quickly summarize your overall paper and the arguments that you used throughout the paper.
The paper should be double spaced and be 5-8 pages long, not including the title page or reference page. You should also include at least three references in your paper.
General requirements:

Submissions should be typed, double-spaced, 1″ margins, Times New Roman or Calibri 12 pt font, and saved as .doc, .docx, .pdf.
Use APA format for citations and references

Religion and culture seem like complex ideas to study from the perspective of International Relations. After all, scholars and philosophers have long debated the meaning of these terms and the impact they have had on our comprehension of the social world around us. So is it an impossibly complicated task to study religion and culture at the global level?

Fortunately, the answer is ‘no’, for we can recognise and respect complexity without being confused about what we mean by each term. In this chapter, which completes the first section of the book, we will explore why thinking about religious and cultural factors in global affairs is as integral as the other issues we have covered thus far.

What do we mean by the terms ‘religion’ and ‘culture’? Where can we see examples of religion and culture at work in the domains of world politics? How do religious and cultural factors impact on our ability to live together? Our investigation will begin to address these questions. As we do so, we shall keep in mind the encouragement of rabbi and political philosopher Jonathan Sacks, who wrote that ‘sometimes it is helpful to simplify, to draw a diagram rather than a map in order to understand what may be at stake in a social transition’ (1997, 55). There has indeed been a transition in IR thinking about the value of religion and culture.

How can we define religion and culture in a way that is useful to the study of world politics? It is important to sketch each term separately before bringing them back together to form a composite picture. We begin with religion, a category that scholars and policymakers once considered irrelevant to the study of IR because it was not believed to be important for the economic and security interests of modern states and their citizens.

Yet, many scholars now hold that religion cannot be ignored. While the idea of culture has equally been underplayed in IR, its inclusion in analyses of world affairs predates that of religion and is considered less controversial. We shall consider four elements of each category and then make important linkages between them so that religion and culture make sense as whole, rather than fragmented, ideas.