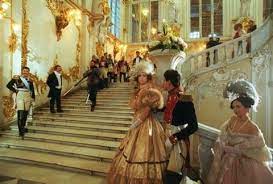 Comparing Battleship Potemkin with Russian Ark. In your answer, explain how the filmmaker explores the specific formal, material, and aesthetic qualities of the medium in which he worked (film for Eisenstein, digital video for Sokurov)

In your answer, explain how the filmmaker explores the specific formal, material, and aesthetic qualities of the medium in which he worked (film for Eisenstein, digital video for Sokurov) and how these choices affect the viewer’s experience.

In your essay please explain the differences between film and digital video.

What is possible or necessary in one medium that isn’t in the other?

How does the medium that each director uses help him to make his point?

Seventy-seven years before the release of Alexander Sokurov’s Russian Ark, a film still considered by many to be the greatest film of all time was unleashed upon the world. That film, Sergei Eisenstein’s Battleship Potemkin, would be acclaimed for its spectacular visual style along with innovating the rapid-edit montage.

The average shot in Eisenstein’s film lasted all but three seconds, an amount comparable to most films today. The average shot in Russian Ark lasts a colossal eighty-seven minutes – this is a film comprised of one and only one massive uncut shot.

Using a Steadicam and a tracking shot which lasted over 1.5 kilometers throughout several galleries in St. Petersburg’s Hermitage Museum and other parts of the tsarist Winter Palace, Sokurov and cinematographer Tilman Büttner dared to create what many filmmakers have dreamed of creating, but have never come close to achieving. Regarding its narrative and its style, Russian Ark is Battleship Potemkin turned inside out.

And – like that acclaimed Soviet film so many decades before it – it is every bit (if not more) as breathtaking to boot. It is the longest sustained idea in cinema – even when it obliterates the fourth wall and quickly builds it back up again – that most anyone knows of. So real is the illusion that Russian Ark becomes just as much a lucid dream as it is a film.

The camera assumes the point of view of the narrator (voice of Alexander Sokurov) as he somehow finds himself wandering about a side entrance to the Winter Palace. He soon finds the Marquis de Custine (Sergei Dreiden), who is one of only a few of those frolicking about the palace who recognizes the presence of our narrator.

This French specter leads the narrator throughout the lush, portrait-filled rooms of the Palace as the two exchange each other’s stories.

It is implied that the narrator has been killed in some gruesome accident as The Marquis recounts his many diplomatic stories of Russia in the 18th century. But as the two gentlemen meander their way past the portraits painted by Goya, Rubens, van Dyck, Rembrandt, Poussin, Van Gogh, and even the sculpture of The Three Graces by Canova, one notices that they are travelling through 300 years of history.

In fleeting sequences, the narrator witnesses Peter the Great, the opulent plays and concerts under Catherine the Great’s reign, the young Grand Duchess Anastasia running about the building, 21st century museum attendees walking about the Hermitage’s Small Italian Skylight Room,  a reception for the Iranian Shah, one of the final balls of the tsarist era (with the conductor being none other than championship sweating conductor of the world Valery Gergiev), and even a brief nod to the catastrophic Siege of Leningrad are all seen.

For those neither well-versed in art or in film, there will be extended periods where Russian Ark will feel like an absolute slog. Dialogue between the narrator and the Marquis is rather sparse and, at times, the dialogue sounds like as if the two characters can barely hear each other over the sound of raucous partying and womanizing surrounding them.

The absence of any sort of conflict will befuddle anyone who believes that film is a plot-centric medium. The middle third of the film sees the Marquis and the narrator engaging in whispery analysis of the various paintings and sculptures housed at the Hermitage.

As the Marquis will posit to the narrator in this stretch, he asks what does Russia have to gain for copying Europe. Russia, which always has been a bit of an anomaly in the scope of European culture and politics, has European culture – its art sense and its musical instincts – stored everywhere in the Hermitage and Winter Palace.

It is pure pageantry and pure eye candy. Art aficionados take note: this is a showcase of a film that you probably should not miss. But just like Sokurov’s treatment of all the historical figures, don’t expect to spend spend too much time on those painting and sculptures and facets to the architecture – some of those pieces are captured on camera but are accompanied with zero context.

Sokurov’s mentor, Andrei Tarkovsky (known for his extensive tracking shots), would have been astounded to see his protégé accomplish the unthinkable.

Though some may have a fit over the substantiveness of the film’s narrative (if it even has one), Russian Ark’s soaring ambitions and indomitable genius and execution elevate its stature and film as a whole along with it.

There is only one Russian Ark – cinema had never seen anything like it before and cinema has still yet to see anything like it since then. Like a dream where our entire life unfolds before our soul (or whatever life force we inhabit when occupying our own dreams), Sokurov dares to depict illusion on the grandest scale.

What separates Russian Ark from any human dream is that every single individual captured within these eighty-nine minutes feels as if they did have stories of their own to tell and to later be told.

Once onboard, it is impossible to disembark this ark.