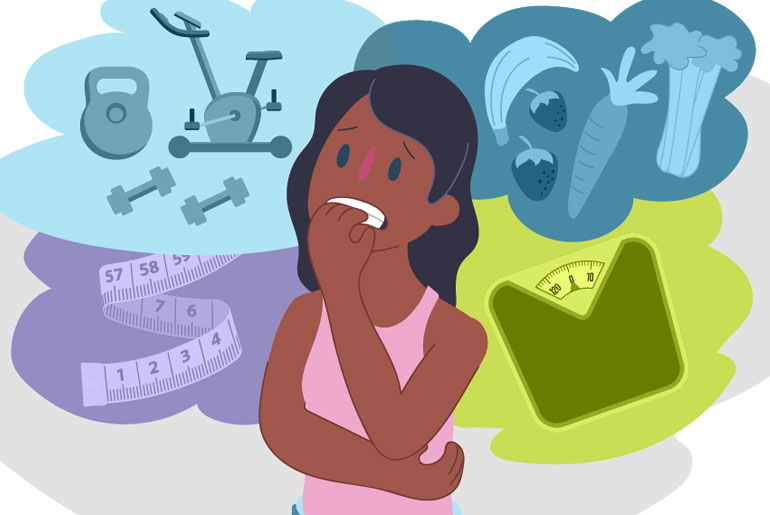 Below are all the details for this  assignment as per the instructor:

“Research the topic of eating disorders and address the following:

2-Who is more likely to suffer from anorexia nervosa and bulimia nervosa? Why?

3-What are the contribution of the cause to anorexia nervosa?

4-What are the consequences of eating disorders?

5-How can one diagnose eating disorders?

6-What are the treatment and support options for a person who has eating disorders?

What Are Eating Disorders?

Taken together, eating disorders affect up to 5% of the population, most often developing in adolescence and young adulthood. Several, especially anorexia nervosa and bulimia nervosa are more common in women, but they can all occur at any age and affect any gender. Eating disorders are often associated with preoccupations with food, weight, or shape or with anxiety about eating or the consequences of eating certain foods. Behaviors associated with eating disorders include restrictive eating or avoidance of certain foods, binge eating, purging by vomiting or laxative misuse, or compulsive exercise. These behaviors can become driven in ways that appear similar to an addiction.

Eating disorders often co-occur with other psychiatric disorders most common mood and anxiety disorders, obsessive-compulsive disorder, and alcohol and drug abuse problems. Evidence suggests that genes and heritability play a part in why some people are at higher risk for an eating disorder, but these disorders can also afflict those with no family history of the condition. Treatment should address psychological, behavioral, nutritional, and other medical complications.

The latter can include consequences of malnutrition or of purging behaviors including, heart and gastrointestinal problems as well as other potentially fatal conditions. Ambivalence towards treatment, denial of a problem with eating and weight, or anxiety about changing eating patterns is not uncommon. With proper medical care, however, those with eating disorders can resume healthy eating habits, and recover their emotional and psychological health.