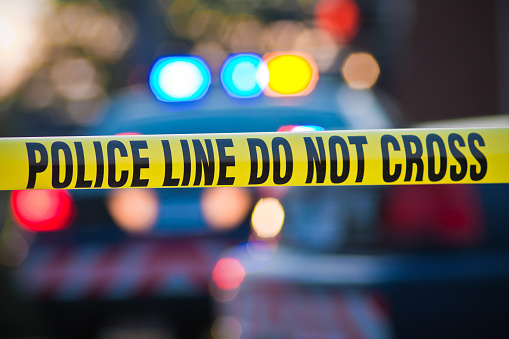 Shallow depth of field image taken of yellow law enforcement line with police car and lights in the background.

Urban areas are a place for people to live and work. Cities, however, are not immune to community violence. A community is any group of people who share common interests and interact with one another. Community violence is defined as any act that results in physical harm or property damage caused by an individual or group of people against a person, animal, or object within the boundaries of their neighborhood or town.

The purpose of this paper is to explore the impact of community violence in urban America and its contributing factors.

The term “community violence” refers to violent acts committed by one person against another within a given community or society at large. This includes forms of aggression such as physical assault and homicide (Murphy). The scope of what constitutes community violence varies widely, depending on how it is defined and who defines it (Gina, 2022).

Community violence can be influenced by many factors including substance abuse, mental illness, poverty, unemployment rates, and other socioeconomic factors (Kleinfeld et al.). The specific causes are generally more complex than simply listing what types of people commit crimes; however, there are some commonalities among perpetrators that should not be ignored when designing intervention strategies for reducing violent crime rates in urban communities (Sampson & Capaldi).

The impact of community violence in urban America is a huge, complex, and growing problem that needs to be addressed. The youth population in the US has been increasing for years, and as it does so, so does the number of young people affected by community violence.

It is also important to note that the effects of community violence extend beyond just those who are directly impacted by it. Studies have shown that even if you have never directly experienced an act of violence yourself, witnessing or hearing about acts of violence can still negatively impact your mental health and well-being.

There are several factors that contribute to community violence in American cities. The first two are drugs and poverty. Drug use and addiction may lead to violent behavior, from theft and robbery to murder. If a person is addicted to drugs, he or she may commit crimes in order to get money for drugs, which would increase the crime rate within an area. Poverty also contributes to community violence because it can create feelings of hopelessness and desperation that lead some people into making bad decisions with their lives.

A contributing factor of community violence is gang activity—specifically gang rivalry over territory or personal vendettas between rival gangs. A study done by criminologist Jeffrey Butts found that there were approximately 1 million active street gang members in America as of 2012 (Butts). These gangs have been known to fight each other over issues such as territory control or revenge against rivals who have killed one of their own members (Butts). This type of violence comes from people who feel they need protection from other groups because they do not trust police officers enough due to poor relationships between law enforcement officials and minority communities (Butts).

Community violence is a serious problem in urban America. The factors that contribute to it are complex and overlapping, so there is no single solution. However, by addressing the factors that contribute to community violence and working together with government officials, community leaders and law enforcement officers we can make our neighborhoods safer places to live and work.

The takeaway of this article is that violence in urban areas is a serious problem.

It should be a single sentence and concise, with the most important points highlighted. It should also be memorable and easy to understand!

All in all, it is clear that violence in urban America has become a serious problem. However, there are things we can do to help end the cycle of violence and keep our streets safer. We must encourage community members to speak up when they see something suspicious, empower law enforcement agencies with resources and training, and better equip first responders with more effective tools so they can respond quickly when trouble does strike.

Related Article: How to write a bibliography essay in 7 easy steps