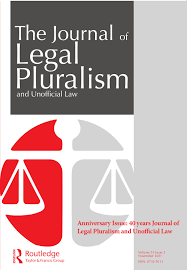 Critically discuss whether the alleged lack of clarity inherent within the law governing employment status truly enables ‘unscrupulous employers to game the system.’

Question 1
Department for Business, Energy and Industrial Strategy, Employment Status Consultation (BEIS, 2018) 2
“…the current [legal] framework [governing employment status] can often fail to provide the clarity and certainty that individuals and businesses need. This lack of clarity can lead to some people and businesses wasting time and energy trying to understand the rules, and it allows unscrupulous employers and individuals to game the system in order to save on employment costs and taxes.”

Critically discuss whether the alleged lack of clarity inherent within the law governing employment status truly enables ‘unscrupulous employers to game the system.’

Question 2
Prior to his dismissal, Wojciech had worked as a Chamber Music Tutor for the Royal Harrogate Conservatoire for six years. At the start of January 2022, Wojciech liked a tweet from a former employee, which read, “New Year. New Job. Free from incompetence. Happy 2022 ” In addition to liking the tweet, Wojciech replied with the message, “Good luck. Wszystkiego NNajlepszego ” The message was liked and reposted by five of his 178 followers, including two fellow employees, who brought the tweet to the attention of HR.

Following a brief investigation, where little consideration was given to the views of senior members of the Conservatoire, Wojciech was invited to a disciplinary hearing with the Director for a ‘breach of employment policy’. At the hearing, Wojciech, who was accompanied by his Union representative, was referred to the Conservatoire’s social media policy.

Although Wojciech has a public profile, and has previously reposted tweets advertising public events at the Conservatoire, in his official Twitter biography, he simply describes himself as a “Runner, Devoted Father, Music Lover and Haphazard Barista”. Nonetheless, during the hearing, it was asserted that in reposting public events, his account was inextricably linked to the Conservatoire, and his actions constituted gross misconduct capable of destroying the relationship of mutual trust and confidence between the employer and employee.

Following the hearing, Wojciech expressed his sincere regret at liking the post, and clarified that he was only seeking to provide his support to a close friend and former colleague in her new post. He also stressed that he did not share his friend’s views, nor did he intend to suggest that by liking the tweet, he was of the opinion that those in charge of the Conservatoire were incompetent.

He also promised to remove the tweet immediately, and confirmed that he would avoid liking or posting anything that would potentially cause harm to the Conservatoire in the future.

Whilst unacceptable, given his unblemished record and length of service, Wojciech was informed the most likely course of action would be a written formal warning. However, on the Director’s receipt of advice from Human Resources regarding his alleged culpability, Wojciech was summarily dismissed for gross misconduct, with the Director reminding him of his right to appeal.

Wojciech subsequently sought to appeal the dismissal, yet on being provided with the appeal date, his Union representative confirmed that he would not be able to attend, therefore Wojciech requested an alternative date. The request was refused, with the appeal process undertaken by both the Chairman of the Board of Governors and the Director.

After a cursory review of the original evidence, they upheld the decision to dismiss, with Wojciech’s contract terminated summarily.
Advise the Royal Harrogate Conservatoire as to any possible liability arising out of Wojciech’s dismissal.

Question Three
Gavin Mansfield, ‘The Public Interest Disclosure Act’ (1999) 149 NLJ 1658
“…the Act is not a licence for disgruntled workers to air any grievance in the media. The Act achieves a balance between the interests of the public, workers and employers.”

In light of the amendments made to the Employment Rights Act 1996 by the Enterprise and Regulatory Reform Act 2013, critically evaluate whether the protected interest disclosure provisions continue to ‘balance the interests of the public and [the] employer’ and provide appropriate legal protection for employees who blow the whistle.

NB: The bibliography is NOT included within the word count. However, footnotes ARE INCLUDED within the word count.
In addition please also note that any false misrepresentation of the assessment word count within the required coversheet will amount to academic misconduct, and thus subject to the University academic misconduct procedure which can be found via the following link: http://www.salford.ac.uk/__data/assets/pdf_file/0005/653648/AcademicMisconductProcedure.pdf

Assessed intended learning outcomes
On successful completion of this assessment, you will be able to: Knowledge and Understanding

4.            Demonstrate an in-depth theoretical and practical understanding of the role of employment law within the legal system and society generally

7.            Identify and distinguish between primary and secondary sources and between fact, law and opinion.

Transferable Skills and other Attributes
10.         Develop competence in the use of a range of legal (and sometimes non-legal) research sources, in both paper and electronic format;

11.         Demonstrate the ability to communicate, both in writing and orally, in a professional, ethical and unambiguous fashion;

12.         Solve both theoretical and practical problems through the application of authoritative rules of law, both substantive and procedural;

13.         13. Analyse the law objectively and provide relevant, effective justifications for answers rather than relying on purely personal opinions.

Module Aims
1.            To develop a critical understanding of those aspects of employment law which provide the legal framework for employment relationships and regulate the working environment;

2.            To extend the students’ understanding of legal methodology and their abilities in legal reasoning.

3.            To critically review the capacity of UK employment law to match the changing needs and expectations of society and the role that law plays in policy development in the face of modern workplace challenges

Feedback arrangements
You can expect to receive feedback within 3 weeks of the submission date via a summative comment on the Turnitin site.

You can obtain support for this assessment by contacting the module leader.

If you have any concerns about your studies, contact your Personal Tutor or your Student Progression Administrator.

Reassessment
If you fail your assessment, and are eligible for reassessment, you will need to resubmit during the re-submission period at the end of the academic year. You will receive information from the unit administration officer. Please contact the module leader for any support and guidance needed. For students with accepted personal mitigating circumstances, this will be your replacement assessment attempt.

Reassessment will be way of the same assignment i.e., the question contained in this document.