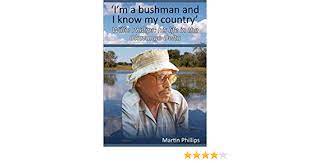 Read the article below (also located in Student Resources) on Advertising and Memory (Bushman & Phillips, 2001). Write a 3-page analysis of the article.

What was the main research method used? Did they use a quantitative, qualitative, or mixed method approach?

Participants watched a violent, sexually explicit, or neutral TV program that contained 9 ads. Participants recalled the advertised brands. They also identified the advertised brands from slides of supermarket shelves.
The next day, participants were telephoned and asked to recall again the advertised brands.
Results showed better memory for people who saw the ads during a neutral program than for people who saw the ads during a violent or sexual program both immediately after exposure and 24 hr later.
Violence and sex impaired memory for males and females of all ages, regardless of whether they liked programs containing violence and sex. These results suggest that sponsoring violent and sexually explicit TV programs might not be a profitable venture for advertisers.

The goal of advertising is to present products or services in an
effective manner so individuals will purchase them. Considering
that 98% of American households own at least one television set
(Nielsen Media Research, 2001), television commercials would
seem an ideal medium to promote goods or services.
Advertisers
are willing to pay a premium just to air a 30-second ad on
television. For example, advertisers paid $2.3 million for a single
30-second commercial airing during Super Bowl XXXV. The ad,
however, reached more than 130 million potential consumers
(McCarthy & Howard, 2001).
Advertisers seek to promote their products on shows that attract
the most viewers especially those between the ages of 18 and 34
years. Although 18- to 34-year-olds watch less television and have
less disposable income than do older television viewers, they are
highly valued by advertisers.
Many advertisers believe that
younger viewers are more easily influenced by commercials than
are older viewers with more established purchasing habits (Ham-
ilton, 1998).
However, television advertising is effective only if viewers see
the commercial. After all, if people do not see a commercial for a
particular product, then the advertisement cannot affect their like-
lihood to buy that product.
In turn, even if people do see a
commercial, they must at least remember the product advertised
and the content of the commercial in order for it to affect purchas-
ing behavior. Thus, advertisers seek to make their commercials
memorable to their audience (Harris, 1999)
Memory and Commercial Effectiveness
The usefulness of memory of advertisement to assess advertis-
ing effectiveness is debatable (Twyman, 1996). For instance, just
because people remember seeing an advertisement does not nec-
essarily mean they will purchase the product.
However, memory is
a critical component in determining how people respond to adver-
tising, including deciding whether or not to purchase the product.
Shimp and Gresham (1983) outlined eight stages of processing
advertising. Individuals first must be exposed to the advertisement
(Stage 1) and attend to it (Stage 2). Next, they must comprehend
the advertising message (Stage 3) and evaluate it in some way,
such as favorably or unfavorably (Stage 4). Individuals then en-
code the message into their long-term memory (Stage 5), so they
can retrieve the information at a later time (Stage 6). Once the
message is retrieved, individuals decide among the available op-
tions, such as what brand to purchase (Stage 7). Finally, they take
action based on the decision they made, such as buying the product
(Stage 8). Note that some aspect of memory is involved in four of
the eight stages (i.e., Stages 1, 2, 5, and 6).
Some evidence suggests that the more individuals are exposed
to advertisements for a particular product, the more likely they are
to at least consider buying it. Exposure to an advertisement is
related to purchasing behavior. For example, in one study, indi-
viduals who saw products advertised in a magazine were more
likely to consider buying those products than were those who did
not see the products in the magazine (Shapiro, MacInnis, & Heck-
ler, 1997).
Advertising might be effective because it reinforces already-
developed buying habits (Barnard & Ehrenberg, 1997; Steward,
1992). For a given product, people often purchase one brand over
others. Repeated exposure to advertisements of the preferred prod-
uct reinforces these buying habits.
A possible cognitive mecha-
nism to explain such behavior is the availability heuristic (Tversky
& Kahneman, 1973). According to the availability heuristic, indi-
viduals make decisions based on the ease with which information
comestomind.