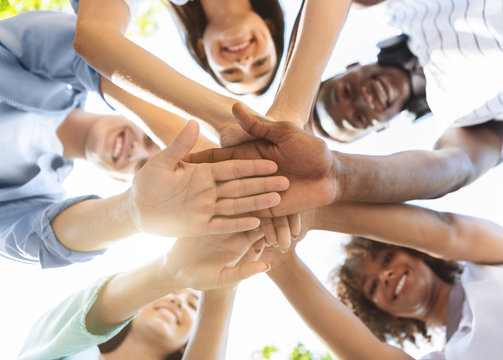 Case Study: Building a Multicultural Team—Is it Worth it?

Apply the Cultural Intelligence Model to the following Case Study:
Kalia works in a large business, managing a diverse team of eight individuals. Two of her employees are in their early 20s, two in their 30s, three in their late 40s, and one in her late 50s. Four members of her team are Caucasian and the other four are Hispanic, African American, Asian, and African.

Her younger employees are fairly new, having been there for less than two years. Most of her team members have worked with the organization for 5 to 10 years, and her most senior staff has been there for 25 years, 10 years longer than Kalia has been in her leadership position.
Generally, team members are cordial to one another on the surface, but Kalia knows that there are tensions among some of the staff that have an impact on the success and productiveness of the team.

She is aware that one of the younger employees, Robert, is frequently frustrated that his Hispanic co-worker, Ana, defers authority and decision making to others in the team. In conversations with him, she discovers that the younger employee feels Ana should express her opinions more often. Robert’s frustration results from his beliefs that everyone on the team should be able to contribute in a shared, democratic process. He feels that when Ana defers her decision making to others, she is not being accountable as a team member.

Margaret, a senior member of the team has picked up on Robert’s comments and feels that he is disrespectful of Ana’s working style. She has mentioned to him that it could be a “cultural thing” and that he should learn to adapt his behavior and working style to better meet her needs. In response, Robert mutters, “Whatever. You don’t know anything about us.” Responses like this have led Margaret to believe that he is disrespectful of her knowledge and tenure in the organization.

Frankly, Kalia is tired of managing people’s personalities. She feels that people should just learn to adapt to each other’s working styles. Even though she believes this, she also believes that a good leader has to unite the team, no matter their differences and working styles. This year, she has made it a goal of hers, and of the team, to resolve these intercultural issues. But given her previous attempts, she does not have high hopes for a successful outcome.

The last time she tried to resolve intercultural team issues, she felt like a complete failure. She is concerned about the employees’ responses to this next attempt. In fact, every time she thinks about that meeting, she flinches. She just did not have the skill sets to facilitate the conversation in their last meeting. She wonders if this next try will progress her team in any way or whether it will just be another failure.

Develop a Reflection section then outline the steps of theCI Model.Include the Reflection section answering the questions above, then in the “CI Model in Action” section identify the Acquire, Build, Contemplate, and Do approaches you would recommend.

Managing a multicultural team can be a rewarding experience, giving leaders the opportunity to work closely with employees from diverse backgrounds and offering the chance for personal and professional growth. However, operating a team with genuinely different people also comes with a number of challenges that must be overcome to create a productive work environment.

Leaders must be knowledgeable and open-minded about different cultures to gain a better understanding of employees from different backgrounds and find a way to help them work together as a team.

Multicultural teams are often composed of people who would rarely interact with one another otherwise. While their individual cultures should be celebrated (a critical part of inclusive leadership and boundary spanning), it’s important to shape a cohesive and constructive atmosphere for everyone involved.

Building a strong organizational culture when people are working remotely, as many of us are these days, can feel especially challenging for leaders.

Where to start? Gaining a solid understanding of social identity and the common issues associated with leading a multicultural team will help managers be more effective.

It’s easy for misunderstandings to occur on a diverse team, simply due to cultural differences.

When people have different values and are accustomed to certain behaviors, it can take some work to get everyone on the same page.

Business practices, customs, and acceptable topics of conversation vary greatly from one country or culture to the next. While certain employees may initially be viewed as difficult, lazy, or rude, digging deeper to explore their cultural norms can offer valuable insights that help all members of the team understand each other better.

For example, some cultures have a more direct and straightforward style of addressing problems, while others prefer to focus on the relationship and take a more subtle and reserved approach. Team members from different regions or cultures may have to make an effort to adapt to each other’s style and expectations.

Time is another major issue that often causes rifts in multicultural teams. While some cultures plan their day according to the clock, other cultures are often much more relaxed. Employees from such backgrounds may believe it’s perfectly acceptable to let a meeting run over the scheduled time period or show up late if they were in the middle of an important conversation ─ which is bound to upset those who prefer to stick to a strict timetable.

The phrase “time is money” translates well for most cultures, since money is a universal priority in the business world. If everyone on the team respects each other’s time as they would respect each other’s money, that can go a long way.

And when diverse team members are also geographically dispersed and working remotely, leading a multicultural team can feel even more difficult. (Learn our best practices for managing virtual teams and meetings.)

Management should talk to employees ─ creating focus groups if necessary ─ to learn more about similar problems faced by workers. If there isn’t one obvious solution to these issues, it’s a great idea to ask for input on the best way to manage them, so everyone feels like they’re being heard. This is a key part of cultivating a climate of respect in your organization.