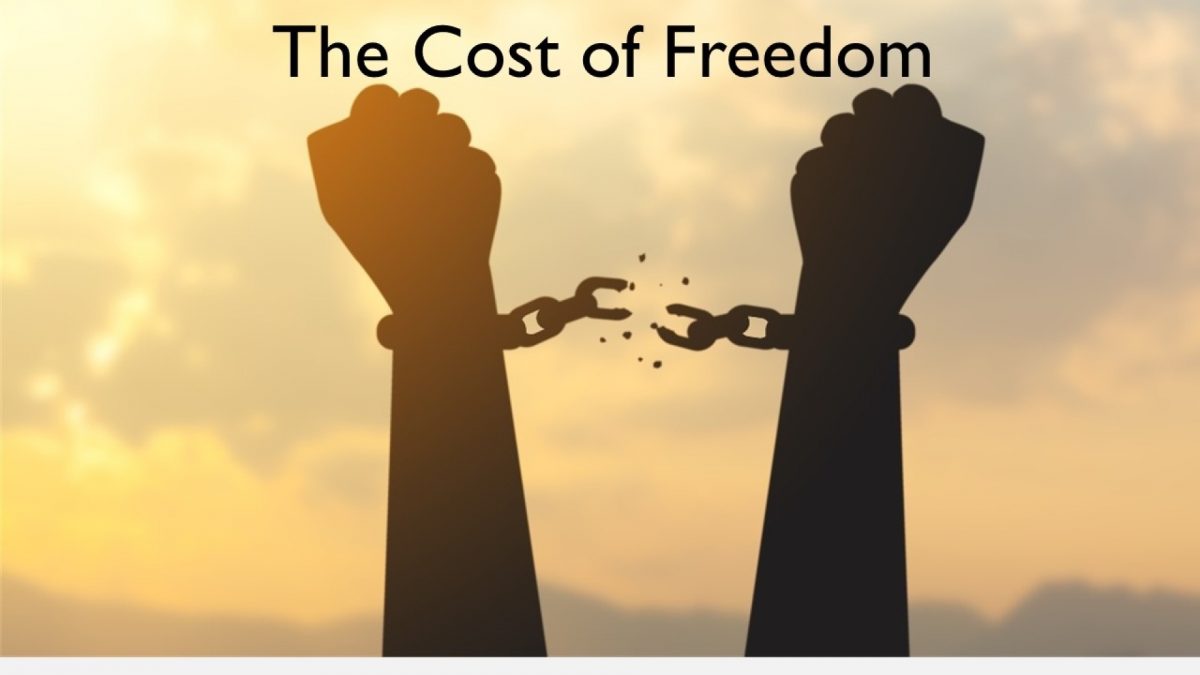 Authors elucidation on the cost of freedom. Upon reading the 3 short stories: “Independence”, “Everyday Use”, and “The Parable of the Prodigal Son” in a cross analysis of the text show–in 1500 words–how the authors ellucidate that freedom always comes at a very high cost.

Authors elucidation on the cost of freedom

The history of liberty is a history of resistance”(Thomas Woodrow, 1812). Freedom of any kind (political, economical, health and freedom from all kinds of oppression) is an expensive project. It does not come easy. There is always a price to pay for freedom. During the Second World War, the allies incurred a heavy cost to defeat Adolf Hitler’s third Reich. A country like Russia lost over 27 million people. This is both the military and civilians. In a single attack (Pearl Harbor) American lost over 3684 solders. United Kingdom lost over 400,000 people. In total, the allied forces lost over 60 million people (both military and civilians). The financial cost of this war cannot be quantified. This was the price paid to free Europe and the rest of the world.

During the colonial era, Nigerian nationalist incurred a cost to achieve independence for Nigeria. Starting from Herbert Macauley, Nnamdi Azikiwe, Obafemi Awolowo, Enahoro, Tafawa Belewa, Okotie Eboh, Aminu Kano, etc made both personal and financial sacrifices to liberate Nigeria from the British colonial rule. In South Africa, Nelson Mandela spent 27 years in jail in order for South Africans to be free from apartheid. So many South Africans died in the struggle against apartheid. In Zimbabwe, people like Mugabe and Joshua Nkomo had to wage guerrilla warfare before the British colonial masters were able to grant them independence.

During the military era in Nigeria, many people paid a costly price for speaking against military dictatorship. Gani Fawehinmi was arrested, detained, and sent to jail several times for criticism of military dictatorship. He was beaten several times by the government agents. His international passport was seized on many occasions. Dele Giwa was killed through a letter bomb. Femi Falana was sent to jail for voicing against tyrannical rule. Olisa Agbakoba was interrogated several times by the police. Late Dr Beko Ransome Kuti, late Ken Saro Wiwa, Chief Frank Ovie Kokori, Chima Ubani, Mr Abdul Oroh, Tunji Abayomi, Sylvester Odion-Akhaine, Mallam Shehu Sani, Prof Wole Soyinka, Omoyele Sowore etc had at one time or the other paid a price for speaking out against military dictatorship in Nigeria.

During the struggle to actualize the victory of June 12 1993 presidential election, many Nigerians died in the riots that ensured. Kudirat Abiola was assassinated on June 4 1996, by the government agents. Abiola himself died in detention. The country was plunged into a political crisis, the magnitude of which was unprecedented. NADECO opposed the Abacha regime and other oppressive governments. They suffered loses both financial, material and brutal torture in some cases. G 34(group of 34 eminent Nigerians) added their voices for Abacha to hand over power to civilians. But the truth is that, without the prices paid by these heroes and heroines, Nigeria would have been worst than it is today. Therefore their efforts yielded positive results.

When Obasanjo was campaigning for both his first and second terms in office, many Nigerians donated money to his campaign machinery. Former governor of Abia State claimed publicly to have given Obasanjo $1 million dollars before the 1999 elections that brought Obasanjo back to power. Dangote also donated money to Obasanjo campaign organization. People’s Democratic Party (PDP) has organized fund raising events several times. Even though the use their money to subvert the will of the people. They use their money to rig elections. It’s also a price paid by some people but on a negative way.