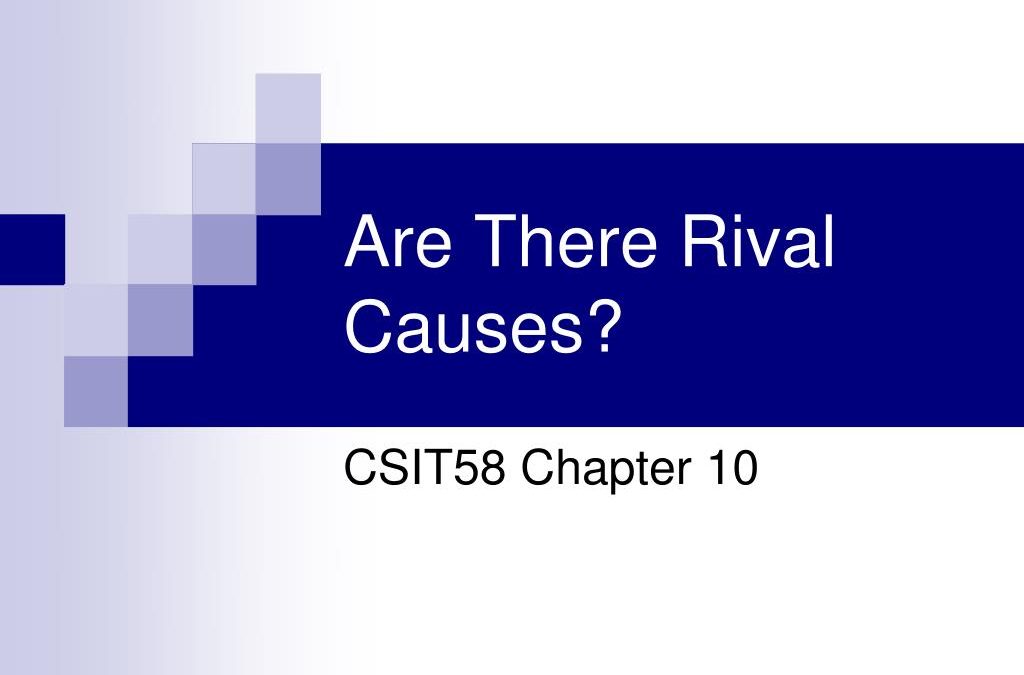 Chapter Are There Rival Causes?

Are There Rival Causes?

Locating rival causes:  The book gave 4 example questions to use when detecting rival causes.  Pick one example question, and explain in your own words, what the author meant with an example.        (3 points)
Confusing causation with association:  If someone claims that X is a cause of Y, does that mean that every time Y occurs, then X will have caused it? Explain.  (2 points)

Confusing causation with association:  If someone claims that X is a cause of Y, does that mean that every time X occurs, then Y will occur? Explain  (2 points)
Evaluate the evidence given in passage 3 on page 129 (practice exercises).  Use the same format and framework offered in the book’s sample response to passage 1 and 2, as you answer passage 3.      (7 points)

Give your answers to questions in at least one to two paragraphs (ex: define an example from the book, then clarify your logical opinion) for each topic/question answered.  List the topic or questions, then give reasoning and explanation behind your opinion, so others can thoroughly understand.  Use concepts from the book or an outside source in your reasoning.  If you add information from an outside source, you must cite your source within your post.

ARE THERE RIVAL CAUSES?

We begin this chapter with a story.

This story clearly illustrates a common difficulty in the use of evidence: trying to figure out what caused something to happen. We cannot determine an intelligent approach to avoiding a problem or encouraging a particular positive outcome until we understand the causal pattern that gave rise to the phenomenon in the first place. For example, we want to know what caused the steady rise in oil prices in the United States over the last few years. Or, why the suicide rate among professionals increased over the last 10 years?

The story also shows a very common difficulty in using evidence to prove that something caused something else—the problem of rival causes. The fictional tilde boy offered one interpretation of his observations: the sun sets at night because my babysitter goes home. We expect that you can see another very plausible explanation for why the sun sets. Although rival causes will rarely be as obvious as they are in our story, you will frequently encounter experts presenting one hypothesis to explain events or research findings when other plausible hypotheses could also explain them.

Usually, these experts will not reveal rival causes to you  because they do not want to detract from the sound of certainty associated with their claims; you will have to produce them. Doing so can be especially helpful as you decide “how good is the evidence?” The existence of multiple, plausible rival causes for events reduces our confidence in the cause originally offered by the author.