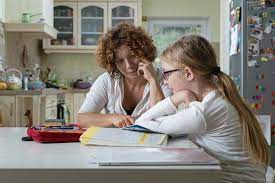 Test scores to be only one factor in measuring school progress

For months, California education officials have emphasized one message regarding the role that standardized tests will play in the future: Results from the Smarter Balanced tests, which were released last week, should be viewed as but one star, though a bright one, in a universe of metrics measuring student and school progress.

The state is in the middle of building a new accountability system to replace the Academic Performance Index, a three-digit number that has been the main measure used to evaluate how well a school or district is doing. But that effort is still evolving, and with many key decisions by the State Board of Education and the Legislature still to come, officials are clearer about the role that student scores on Smarter Balanced tests won’t play in the new accountability system than on how significant a factor they will play.

Until just two years ago, tests scores on English language arts and math in grades 3 through 8 and grade 11, like the new Smarter Balanced tests aligned to the Common Core standards, were the mainstay of the API. With a composite number between 200 and 1,000, the API ranked a school’s and a district’s performance. Student subgroups within schools and districts also received API numbers.

But last year, as a result of adopting new Common Core standards in English language arts and math, the state stopped giving tests aligned to the previous California academic standards. The state board then suspended the API, with plenty of support from school organizations like the California School Boards Association and the state’s teachers unions. Board members, all of whom are appointed by Gov. Jerry Brown, have indicated they don’t intend to recreate the API using the results from Smarter Balanced tests.

Instead, the board wants to create a broad measure of student and school success that takes into account many measures of progress, such as high school graduation rates and student suspension rates, as indicators of progress in middle and elementary school. There may be early education metrics as well.

“The old notion of a single number doesn’t make sense anymore,” school board member Sue Burr said at the state board meeting earlier this month. “We need to be crystal clear about what the new accountability system encompasses: More multiple measures and a system based on continuous improvement.”

“Standardized tests scores’ role will be smaller – no longer the only thing” to judge student progress or to be the sole grounds for state intervention in low-performing schools, Michael Kirst, president of the state board, said in an interview. He then added quickly, “but they still will be very prominent.”

Even with a diminished role in a state accountability system, test scores on the new standardized tests will have more credence, Kirst said,  because Smarter Balanced tests are tied explicitly to measuring readiness for college and careers – linkages that the API lacked with an arbitrary goal of an 800 score and vague definitions of proficiency, he said.

The scores released last week  in 3rd- through 8th-grade and grade 11 English language arts and math will be base scores, the first indicators of how students preformed on online tests and the extent to which districts have succeeded in introducing the Common Core standards on which Smarter Balanced tests are based. The public should suspend judgment about how well or badly schools are doing, Kirst said, and rather judge schools by the growth in test scores over time.

Replacing the API, Kirst and other education leaders say, will be a set of indicators similar to a dashboard in a car, with test scores being just one gauge of school success. This would be consistent with the Local Control Funding Formula, the sweeping law passed in 2013 that, among its provisions, ordered the state board to create a new accountability system based on eight priorities. Those priorities fall into three groups, as described in the template for the Local Control and Accountability Plans that districts complete annually. They are: