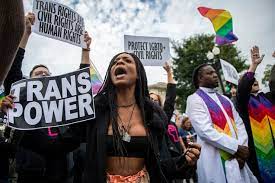 Analyze your own identity and positionality

You will write an intersectionality paper in which you analyze your own identity and positionality. A key analytic development of feminist and queer theory was the theory of intersectionality. Because of this, it is important that you understand how intersectionality works. In this paper, you will write about your own identity intersectionally, making sure to situate your experiences and identity within systems of oppression and/or privilege. This paper will have 4-6 pages and will be submitted on BB. The paper must be double-spaced, Times New Roman, 12 font, with 1-inch margins, and following the rules of the MLA Handbook, 8th edition. The deadline is indicated below in the Tentative Calendar.

PLEASE NOTE THIS WILL REQUIRE A WRITE WHO IDENTIFIES AND RELATES TO LGBTQ.
The book we are referencing for this class is
Meem, Deborah T, Michelle A. Gibson, and Jonathan Alexander. Finding Out: An Introduction to LGBTQ Studies. 3rd Edition, Sage Publications, 2017.

How would you describe your Positionality? 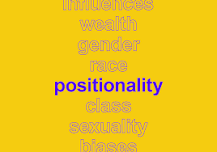 Positionality is the social and political context that creates your identity in terms of race, class, gender, sexuality, and ability status. Positionality also describes how your identity influences, and potentially biases, your understanding of and outlook on the world.

LGBTQ is an acronym for lesbian, gay, bisexual, transgender and queer or questioning. These terms are used to describe a person’s sexual orientation or gender identity. See below for a more detailed definition of each term, from GLAAD’s LGBTQ Media Reference Guide.

A woman whose enduring physical, romantic, and/or emotional attraction is to other women. Some lesbians may prefer to identify as gay or as gay women.

The adjective used to describe people whose enduring physical, romantic, and/or emotional attractions are to people of the same sex. Sometimes lesbian is the preferred term for women.

An umbrella term for people whose gender identity and/or gender expression differs from what is typically associated with the sex they were assigned at birth. People under the transgender umbrella may describe themselves using one or more of a wide variety of terms— including transgender. Many transgender people are prescribed hormones by their doctors to bring their bodies into alignment with their gender identity. Some undergo surgery as well. But not all transgender people can or will take those steps, and a transgender identity is not dependent upon physical appearance or medical procedures.

An adjective used by some people whose sexual orientation is not exclusively heterosexual. Typically, for those who identify as queer, the terms lesbian, gay, and bisexual are perceived to be too limiting and/or fraught with cultural connotations they feel don’t apply to them. Some people may use queer, or genderqueer, to describe their gender identity and/or gender expression. Once considered a pejorative term, queer has been reclaimed by some LGBTQ people to describe themselves; however, it is not a universally accepted term even within the LGBTQ community.

Sometimes, when the Q is seen at the end of LGBT, it can also mean questioning. This term describes someone who is questioning their sexual orientation or gender identity.

Find more LGBTQ information and resources by visiting our resource center or by giving us a call at 212.620.7310.