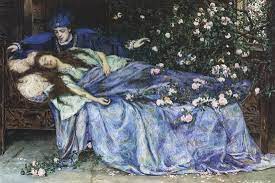 Compare/contrast and analyze a classic fairy tale like Perrault’s Cinderella with any book, cartoon, or movie with the same basic story line. You must make specific reference to the ways in which the stories are the same and different with evidence from the main sources (primary sources).  Please be sure to explain your evidence.

Compare/contrast and analyze a classic fairy tale like Perrault’s “Cinderella” with any book, cartoon, or movie with the same basic story line. You must make specific reference to the ways in which the stories are the same and different with evidence from the main sources (primary sources).  Please be sure to explain your evidence.

A Summary and Analysis of the Cinderella Fairy Tale

The ‘rags to riches’ transformation comes about when Cinders, who wishes to attend the royal ball, has her wish granted and subsequently meets the prince. Although she has to flee the ball and return home – losing one of her slippers in the process – the prince searches for and finds her, thanks to what is perhaps the most romantic shoe-fitting in all of literature. So far, so familiar.

The earliest appearance of the Cinderella story in print was in 1634 in the Pentamerone, a collection of oral folk tales compiled by Giambattista Basile, a Neapolitan soldier, poet, and courtier. Here Cinderella is called Cenerentola.

In 1697, French writer Charles Perrault published the story of Cendrillon, a variation on the story. Perrault added several details now intrinsically associated with the story – notably the pumpkin, the fairy godmother, and the glass slipper – to Basile’s version, which already featured the wicked stepmother and the evil stepsisters, as well as the prince figure (though in Basile’s he is a king rather than a prince) who hunts for the owner of a slipper (though it isn’t glass in Basile’s version).

Perrault’s version would form the basis of the hit 1950 Disney film Cinderella, which in turn inspired Kenneth Branagh’s 2015 live-action remake.

But in fact the story is even older than these seventeenth-century versions: ‘Ye Xian’ or ‘Yeh-Shen’ is a Chinese variant of the Cinderella story that dates from the ninth century. A detailed plot summary can be found here.

even this isn’t the oldest version of the story: a tale dating back to the 1st century BC, more than a thousand years before even the Chinese ‘Ye Xian’, is perhaps the earliest of all Cinderella narratives. The story is about a Thracian courtesan, Rhodopis, who ends up marrying the King of Egypt. It even features a royal figure searching for the owner of a shoe, suggesting that it is the progenitor of all later Cinderella stories.In the nineteenth century, the Brothers Grimm offered a slightly different version of the tale in Aschenputtel. The Grimms’ retelling of the fairy tale is somewhat … well, grimmer than the Basile or Perrault versions.

At the end of the Grimms’ version of the story, the stepsisters’ eyes are pecked out by birds to punish the sisters for their cruelty towards their sibling – a violent conclusion you won’t find in Disney.

In order to try to dupe the prince into thinking they are the wearers of the missing slipper, each of the stepsisters cuts off part of her own foot to make it fit, but the blood that fills the slipper gives the game away.

Indeed, the Chinese ‘Ye Xian’ telling of the Cinderella story ends with the stepmother and ugly sisters being crushed to death in their caves by stones. In the Disney film they get off lightly, to say the least.

What’s more, in the Brothers Grimm version of the Cinderella story, the slipper is not glass, but gold. There is disagreement among scholars and commentators as to whether the glass slippers that first appear in Perrault’s version (and, subsequently, in many famous retellings and adaptations of the tale) were the result of Perrault’s mishearing vair (French for ‘squirrel’s fur’) for verre (French for ‘glass’). The majority of experts reject such a theory.

The website Snopes.com states that Perrault intended the slippers to be made of glass all along, and wasn’t acting on an error, while another site suggests that the glass slipper was perhaps ‘an ironic device since it is a fragile thing’, so might be seen as a form of artistic licence.