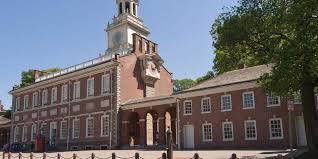 American Revolution and US Constitution

Prompt: How were your ancestors affected or likely involved in the American Revolution and creation of U.S. Constitution?

No British person on either side of the Atlantic could have predicted the future hostilities between the home nation and its North American colonies when the French and Indian War concluded in 1763. Nonetheless, the roots of these conflicts were sown during and as a result of the war. Remember that the French and Indian War (also known as the Seven Years’ War in Europe) was a worldwide battle. Even though Britain conquered France and her allies, the victory came at a high price.

The national debt of Great Britain in January 1763 was more than 122 million pounds [the British monetary unit], an extraordinary figure at the time. The annual interest on the debt was more than 4.4 million pounds. The King and his ministers were preoccupied with figuring out how to pay the interest. The issue of imperial debt was not the only one confronting British authorities in the aftermath of the Seven Years’ War. Keeping order in America was a major concern.

Even after Britain acquired Canada from France, the prospects for harmonious ties with Native American tribes were bleak. As a result, the British chose to maintain a permanent force in the United States. This decision would cause a number of issues. Furthermore, Pontiac’s Rebellion on the Ohio frontier resulted in the Proclamation of 1763, which prohibited colonial development west of the Allegany Mountains.

British rulers felt the need to tighten control over their empire as well. To be sure, laws governing imperial trade and shipping had been in place for years, but American colonists were known for flouting them. During the just concluded war, they were even reported to have traded with the French. According to the British, it was only fair that American colonists pay their fair part of the costs of their own defense.

In 1764, Parliament passed the Sugar Act, which attempted to increase money in the colonies by taxing molasses. Although this levy had been in place since the 1730s, smuggling and inadequate enforcement had softened its blow. The tax, on the other hand, was about to be implemented. People were outraged, and colonists responded with a series of effective protest activities focusing on boycotting British products.

The Stamp Act, passed by Parliament in 1765, taxed paper, playing cards, and every legal document generated in the colonies. The outcry in the colonies was widespread since this levy touched nearly everyone and extended British tariffs to domestically manufactured and consumed items. During this period, Paine didn’t just find fault with British rule of the colonies.

He ridiculed the very idea of having a hereditary monarch at all. “In England a king hath little more to do than to make war and give away places, which in plain terms, is to impoverish the nation and set it together by the ears,” Paine wrote.

During the American Revolution, which nations supported the colonies?

The American Revolution was a civil war within the British Empire until early in 1778, when France (in 1778) and Spain (in 1779) joined the colonies against Britain. The Netherlands, which was at war with Britain at the time, supplied financial assistance to the Americans as well as diplomatic acknowledgment of their independence. The French naval, in particular, was instrumental in bringing about the British surrender at Yorktown, essentially ending the war.

Setting up the federal government under the Articles of Confederation

How Did the Constitution Come to Be?

Concern about the Articles of Confederation

Only a few years after the Revolutionary War, James Madison, Alexander Hamilton, and George Washington worried that their fledgling nation was on the verge of implosion. The Articles of Confederation, America’s first constitution, granted the Confederation Congress the authority to adopt regulations and solicit cash from the states, but it had no enforcement powers, couldn’t regulate commerce, and couldn’t generate money.

Disagreements between states over territory, war pensions, taxation, and trade threatened to split the nascent country apart. Alexander Hamilton was instrumental in persuading Congress to convene a Grand Convention of state representatives to work on amending the Articles of Confederation.

The leaders created a bicameral legislative branch, which gave equal representation to each state in the Senate and representation based on population in the House of Representatives.

In May 1787, the Constitutional Convention met in Philadelphia. Delegates closed the windows of the State House and vowed confidentiality in order to discuss freely. Despite the fact that they had met to rewrite the Articles of Confederation, by mid-June they had agreed to fundamentally restructure the government. There was little consensus on how it would look.

One of the most heated debates was whether congressional representation should be based on population or distributed equally among the states. The founders reached a compromise by allocating one representative for every 30,000 people in the House of Members and two representatives in the Senate to each state.

They agreed that enslaved Africans should be counted as three-fifths of a person. Slavery was a contentious issue that threatened to wreck the Union. When the delegates decided that the slave trade could continue until 1808, it was temporarily settled.

The Constitutional Convention of 1787

After three hot summer months of equally passionate debate, the delegates formed a Committee of Detail to write down their choices. A Committee of Style and Arrangement kneaded it into its final shape at the conclusion of the convention, compressing 23 articles into seven in less than four days. The United States Constitution was signed by 38 delegates on September 17, 1787. George Reed signed for the missing John Dickinson of Delware, bringing the total number of signatures to 39.

The Constitution of the United States established America’s national government and fundamental laws, and guaranteed certain basic rights for its citizens. It was signed on September 17, 1787, by delegates to the Constitutional Convention in Philadelphia. It was a remarkable accomplishment.

Delegates were tasked with reforming the previous government and came up with a whole new one. They established a powerful central government, wary of concentrated authority and loyal to their states. They constructed concessions despite having vastly diverse interests and points of view. It is still one of the world’s most enduring and imitated constitutions.

The founders established the conditions for ratifying the Constitution. They avoided state legislatures, assuming that their members would be hesitant to cede power to a federal government. Instead, they advocated for state-by-state ratification conventions. The new government was adopted when 9 of the 13 states ratified it.

However, only six of the thirteen states recorded a pro-Constitution majority at the time. The Federalists, who thought that a strong central government was required to address the nation’s issues, wanted at least three states to be converted. There were 55 delegates in attendance, representing all 13 states except Rhode Island , which refused to send representatives because it did not want a powerful central government interfering in its economic business.

The Anti-Federalists were vehemently opposed to the Constitution because it established a powerful central government that resembled the one they had just destroyed, and it lacked a charter of rights.

The founders set the terms for ratifying the Constitution. They bypassed the state legislatures, reasoning that their members would be reluctant to give up power to a national government. Instead, they called for special ratifying conventions in each state. Ratification by 9 of the 13 states enacted the new government. But at the time, only 6 of 13 states reported a pro-Constitution majority.

Influence of John Adams in movement for independence

He eventually served as the United States’ envoy to France, secretary of state, and vice president under John Adams (1735-1826). Historians have often overlooked Adams’ Revolutionary ideas, and a one-volume collection of his political writings has been unavailable for several decades. During the Revolutionary War, he served as a diplomat in France and Holland, where he helped negotiate the Treaty of Paris. Adams began questioning Great Britain’s power in colonial America in the 1760s.

He began to see the British imposition of high taxes and tariffs as an instrument of tyranny, and he no longer thought that the English government had the best interests of the colonists in mind. This scholarly oddity is puzzling because Adams is often considered as the most knowledgeable and perceptive thinker of the founding age, and his crucial role in the American Revolution is fully acknowledged.

He was a Harvard-educated lawyer who got connected with the patriot cause early on; as a delegate to the First and Second Continental Congresses, he spearheaded the independence effort.

Related Article: Discuss the major events and the major figures of the American Revolution

Having gone through some of the major factors that led to the American Revolution and the creation of the United States of America, we can concurly say that the Independence was achieved. Everyone who participate cannot be taken for granted. We can also see the fruits of the struggle i.e The birthplace of the United States is Independence Hall. The Declaration of Independence was signed here by the Second Continental Congress in 1776. Eleven years later, in the same room, participants to the Constitutional Convention drafted and signed the United States Constitution, establishing a permanent foundation of governance.