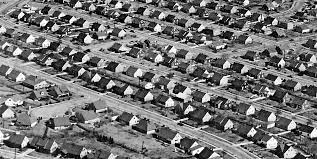 A raisin in the sun. Discuss Walter’s disagreement with his mother. Some questions to get you thinking: what do they each want? Who do you think the money really belongs to? Why does Walter feel so much pressure?

A raisin in the sun

1. Discuss Walter’s disagreement with his mother.

Some questions to get you thinking: what do they each want? Who do you think the money really belongs to? Why does Walter feel so much pressure? Why is Walter so hesitant to move? And why does Mama want to move so badly?

Research the rise of the suburbs in the middle of the 20th century in the U.S. Who lived there? Who could afford to buy there? Research segregation and the GI Bill.

I’m leaving this very open-ended to see what you learn and how you want to put the information together. Find at least 6 sources discussing these topics in general, and summarize each article with a short paragraph OR bulleted notes.

Then, use that contextual information to formulate your essay outline. Your research will serve as evidence for the points you are making, along with quotes and details from the play.

Ex: the research will help you prove why Walter was hesitant to move into the house Mama bought.

The growth of suburbia

Suburbia in the postwar era

The American Dream: 2.5 kids, a dog, and a house with a white-picket fence. It’s one of the most iconic and enduring images in American culture, the object of both praise (as evidence of a high standard of living) and ridicule (as evidence of conformity and materialism). The cookie-cutter homes that sprang up outside metropolitan areas after World War II weren’t grand palaces, but to the generation that had survived the Great Depression and World War II these little cottages represented almost unimaginable luxury.
During the late 1940s and 1950s, the American landscape changed drastically. Since the late nineteenth century, Americans as well as immigrants had flocked to American cities in search of factory work. In the postwar era, however, that trend was reversed: thanks to low housing costs and GI Bill benefits, even working-class Americans could afford to own homes in the suburbs.
Though it might not seem like it matters much whether people live in the city, in the suburbs, or on the moon, residential patterns actually constitute a major influence on society and politics. People pay taxes based on where they live, and political representatives are apportioned based on the populations of districts. Consequently, the postwar exodus to the suburbs was part of a vast reorganization of power and money that affected American industry, race relations, and gender roles.

Houses on the assembly line

World War II had gobbled up all of America’s production for four years. Factories and construction firms made airplanes and barracks, not automobiles or houses. When the war was over and millions of soldiers returned to the United States, got married, and started the baby boom, there was practically no housing available for them. Newlyweds with bawling babies were doubled up in expensive apartments, or living in temporary dwellings like quonset huts or even converted trolley cars.

BE SURE TO KEEP A LIST OF YOUR SOURCES TO CITE LATER!